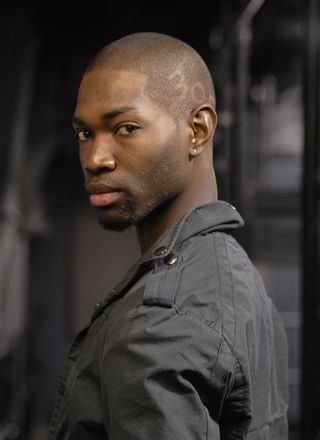 GableStage, which will join with the Royal Shakespeare Company (RSC) and New York's Public Theater in premieringTarell Alvin McCraney's set-in-Haiti Antony and Cleopatra next season, has just been awarded a $10,000 National Endowment for the Arts Art Works grant to support its upcoming production of Hamlet.  The 90-minute adaptation by McCraney and Bijan Sheibani, commissioned by the RSC, will run at GableStage Jan. 12-Feb. 10, then be performed free for 15,000 Miami-Dade County Public Schools students at the Joseph Caleb Auditorium in Liberty City and the South Miami-Dade Cultural Arts Center in Cutler Bay.

The NEA received 1,509 eligible applications for the Art Works grants from not-for-profit groups seeking more than $74 million in support.  GableStage's is one of 832 approved grants totalling $22.3 million.

McCraney will direct his adaptation, and he has now settled on his cast.  Edgar Sanchez will play Hamlet, with Dylan Kammerer as Horatio, James Randolph as Claudius and the Ghost, Alana Arenas as Gertrude, Peter Haig as Polonius, Ryan George as Laertes and Rosencrantz, Mimi Davila as Ophelia and Arielle Hoffman as Guildenstern and a player.