Harper out, Powers in as star of 'Looped' 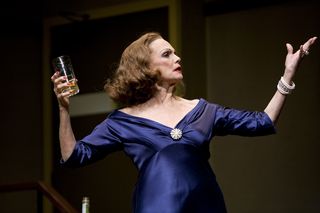 Valerie Harper has forged a post-Rhodacareer playing powerful, larger-than-life women onstage -- including, in 2010, Tallulah Bankhead in Looped on Broadway.  Harper was to have reprised that performance, launching a national tour of Matthew Lombardo's play, Feb. 26-March 3 at Fort Lauderdale's Parker Playhouse.

But Harper has had to leave the show for unspecified medical treatment, though she recently revealed in her memoir I, Rhoda that she was treated for lung cancer in 2008.  She and husband Tony Cacciotti have gone home to Los Angeles, and actress Stephanie Powers will be taking over as Bankhead. 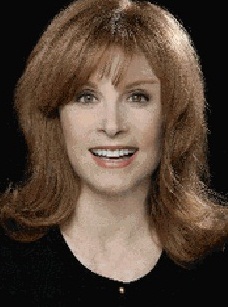 Casting former Hart to Hartstar Powers as the hard-drinking, hard-living, often outrageous Bankhead actually makes sense when you realize that Lombardo's play is about the troubles Bankhead had re-recording one particularly notable line from the 1965 movie Die, Die, My Darling: "And so Patricia, as I was telling you, that deluded rector has in literal effect closed the church to me."  Powers, you see, played the aforementioned Patricia, the almost-daughter-in-law of Bankhead's crazed character.

After the Parker, the play will moved to Baltimore's Hippodrome Theatre, Boston's Majestic and Hartford's Bushnell, with other cities still to be added.