Mad Cat is making a move 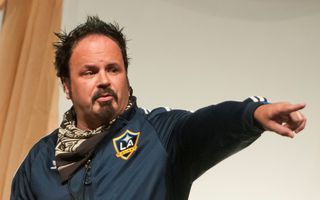 Fresh off its South Beach Comedy Festival debut of Jessica Farr's Charming Acts of Misery, Miami's 13-year-old Mad Cat Theatre Company is on the move.  No, not to Los Angeles, which Farr and Mad Cat founder-artistic director Paul Tei now call home.  These theater cats are setting up shop at Miami Theater Center in Miami Shores, where a full-length version of Farr's play -- retitled B**w Me (it's about fashion muse Isabella Blow, so you can fill in the asterisks yourself) -- will get its world premiere Aug. 16, running through Sept. 1.

Since its founding in 2000, Mad Cat has had a long and happy symbiotic relationship with the Miami Light Project, first working in the old Light Box space on Biscayne Boulevard, then moving to Miami Light's new venue, the Light Box at Goldman Warehouse in Wynwood. 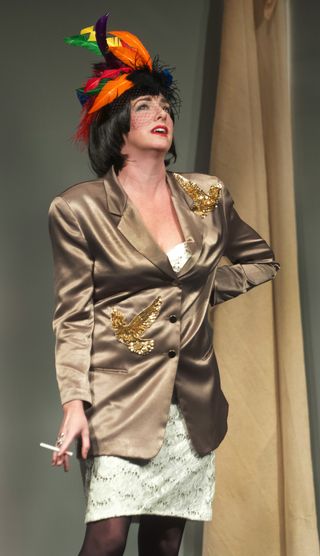 But the company began looking for quarters that might replicate the intimacy of its first home, finding that combination in MTC's 50-seat SandBox space.

"With a move to Miami Theater Center as our core venue, we look to return to our roots and expand our mission.  It's a prospect we are all looking...forward to.  A new homecoming," Tei said in a statement, also expressing gratitude to Miami Light Project for the organization's long time support of Mad Cat.

MTC artistic director Stephanie Ansin, wanting to grow her facility as a place where many companies and artists can work, noted, "We are doing what we can to creatively and collaboratively respond to [challenges in the arts] so we can strengthen, mobilize and preserve the theater community in South Florida."

MTC's SandBox is located at 9816 NE Second Ave. in Miami Shores.  For updates on Mad Cat's move and the production of B**w Me, visit the company's web site.