Actors' Playhouse rounds out its next season 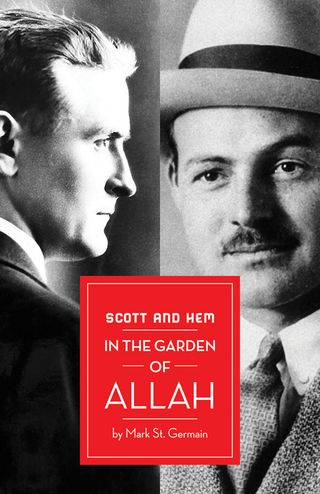 Actors' Playhouse at the Miracle Theatre in Coral Gables has finalized its six-show lineup for 2013-2014, and it's an eclectic one split 50-50 between musicals and plays.

The season begins Oct. 9-Nov. 3 with the Off-Broadway satire Ruthless! The Musical, a look at a diva of a third grader who would kill for a starring role.  Next is Sean Grennan's play Making God Laugh(Dec. 4-29), a moving comedy about empty nesters who welcome their grown kids home over holidays spanning three decades.

Peter Quilter's Broadway hit End of the Rainbow gets its regional premiere Jan. 15-Feb. 9.  The play-with-music focuses on the legendary Judy Garland as she prepares for her London comeback try in 1968.

Spamalot, the season's big musical offering, runs March 5-30.  The wildly funny Tony-winning show by Monty Python's Eric Idle and composer John Du Prez follows a decidedly different version of King Arthur and his knights as they go on a quest to find the Holy Grail.

Mark St. Germain's play Scott and Hem in the Garden of Allah runs May 14-June 8, 2014.  The barbedplay focuses on literary giants F. Scott Fitzgerald and Ernest Hemingway on a particular night in 1937 at the Los Angeles resort the Garden of Allah.

The traditional summer musical revue for 2014 is Mid-Life 2! (The Crisis Continues).  Running July 16-Aug. 17, the Baby Boomer-friendly show looks at all the joys, laughs and concerns that go along with becoming eligible for an AARP card.

Subscriptions to the season range from $185 for previews to $435 for the gala opening night performances.  The cost is $239 for Wednesday-Thursday evenings and Sunday matinees, $275 for Friday-Saturday evenings, $279 for VIP flexible/anytime tickets for premium seats at any performance.