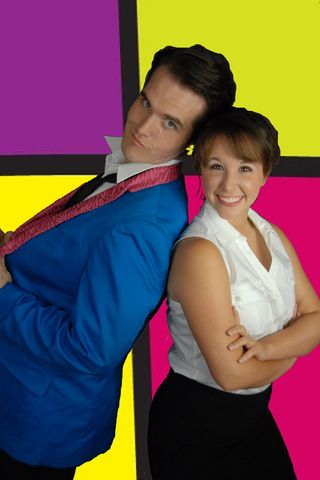 Slow Burn Theatre, the company that boldly goes where not many others in South Florida do when it comes to musicals, has done its share of complex, artsy shows -- think this season's Sweeney Todd, for example.

But when summer rolls around, co-artistic directors Patrick Fitzwater and Matthew Korinko are perfectly happy to go for fluff and fun.  Hence, The Wedding Singer, which opens Friday, June 21, for a way-short run through June 30.

Clay Cartland, who seems to be everywhere this season (a good thing, since he's abundantly talented), gets the plum role of Robbie Hart, the Jersey guy who's a popular wedding singer circa 1985.  Yes, that's the part Adam Sandler played in the movie.  And though Sandler's a mega-gazillionaire known the world over, I'm betting Cartland will bring something special to the part. (Alas, I'll be on vacation and will miss this one, so I'm going out on a limb and speculating.)

Courtney Poston plays the waitress with the rhyming name, Julia Gulia, the gal who just might save Robbie from his mega heartbreak after he's dumped at the altar. 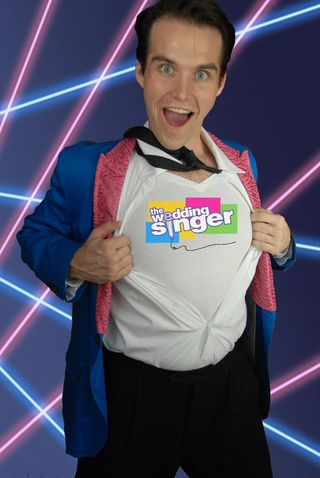