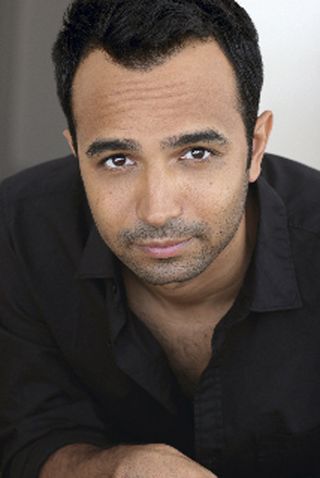 Miamian Andy Señor Jr., a Florida International University grad who made his Broadway debut playing Angel in Jonathan Larson's Pulitzer Prize-winning musical Rent, is in Cuba at the moment to stage a history-making production of a piece he knows very, very well.  In addition to playing the sweet, tragic Angel on Broadway, Señor toured in the show and in 2011 served as assistant director to Michael Greif, the musical's original director, when Rent got an Off-Broadway revival.  Señor, artistic director of the new District Stage Company in Miami, also staged Rent in Tokyo.

Set to begin a three-month run at Havana's Bertolt Brecht Theatre on Christmas Eve, the La Bohème-inspired musical about impoverished young artists on New York's Lower East Side will be the first fully produced Broadway musical done in Cuba since the revolution.  Another South Florida talent, Carbonell Award-winning musical director Emmanuel "Manny" Schvartzman, is serving as the production's musical director.  Both Señor and Schvartzman are involved with the Broadway-bound production of On Your Feet, the biographical musical about South Florida music superstars Gloria and Emilio Estefan.

A production of Nederlander Worldwide Entertainment in partnership with the Cuban National Council of Performing Arts, Rent will be performed in Spanish by a cast of 15 Cuban actors.