New play (and musical) work is on the rise in Palm BeachCounty thanks to an award-winning theater and a new venture led by an old hand at script development.

Palm Beach Dramaworks is seeking submissions of new, unproduced plays for its developmental lab The Dramaworkshop. Scripts can be submitted from Nov. 1 through Jan. 31, and those chosen may get workshops, staged readings or developmental productions — or all three things. Guidelines are at www.palmbeachdramaworks.org/dramaworkshop. Launched in 2014, Dramaworkshop has already done work on Buried Cities by Jennifer Fawcett, Blue Train by Andrew Rosendorf, Psycho and Dummy by Cliff Burgess and Domestic Animals by Jennifer Faletto. The upstairs at Dramaworks’ home in the Don & Ann Brown Theatre, 201 Clematis St., West Palm Beach, is being remodeled into a second stage, where Buried Cities will get the first developmental production. 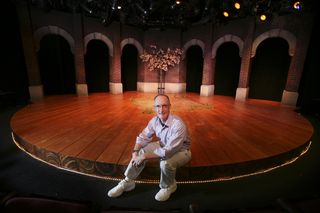 In Boca Raton, the new Theatre Lab run by Louis Tyrrell (founder/artistic director of Florida Stage and the Theatre at Arts Garage) is launching its series of concert-style musical presentations and play readings. The first event in the Making Musicals series, Fugitive Songs by Chris Miller and Nathan Tysen, will be presented at 7:30 p.m. Saturday and 2 p.m. Sunday. Following that will be presentations of Vote for Me: A Musical Debate by Drew Fornarola and Scott Elmegreen (7:30 p.m. Oct. 24, 2 p.m. Oct. 25), and Shining Lives by Jessica Thebus, Andrew Pluessand Amanda Dehnert (7:30 p.m. Nov. 7, 2 p.m. Nov. 8). 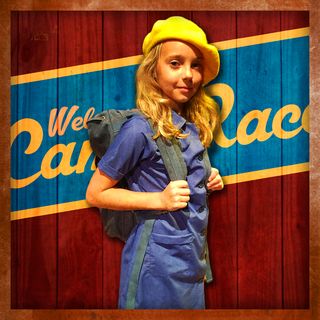 Speaking of fresh theater, Coral Gables-based Area Stage is opening a showcase production of the new musical The Ballad of Janis Matthews and The Dodo Scouts. With a folk-rock score by Rachel Dean, the original story and musical book are by the multi-talented Giancarlo Rodaz, son of artistic director John Rodaz and producer Maria Banda-Rodaz. The playwright is also the show’s director and its set and lighting designer.

Set in 1968, the musical follows the perils faced by a lost scout troop trying to find its way back to camp on a perilous trail through the RockyMountainNational Park. Performances are at 8 p.m. Friday-Saturday and 5 p.m. Sunday through Oct. 25 at Area Stage, 1560 S. Dixie Hwy., Coral Gables. Tickets are $20 and $25 (students pay $10).   For information, "Call 305-666-2078 or visit www.areastagecompany.com.

(Photos of William Hayes, Louis Tyrrell and 'The Ballad of Janis Matthews")