Having mastered the Florida State League, outfielder Michael Stanton is taking the next step in his baseball evolution. The Marlins have promoted their 19-year-old prospect to Double A Jacksonville and have him penciled in to make his first start for the Suns on Friday.

"It's time to show him another challenge," said Jim Fleming, the Marlins' vice president of player development. "He's doing all the things we've asked him to do. He's ready." 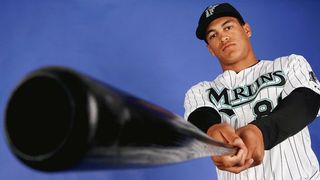 Stanton's 12 home runs for Single A Jupiter lead the FSL. His 39 RBI rank second in the league. Fleming said there was really nothing left for him to prove at High-A.