Should The Marlins Make a Play for Brad Penny?


They tried and failed to get John Smoltz. Should the Marlins now make a run at Brad Penny, the latest Red Sox pitching castoff?

According to the Boston Herald, Penny requested and received his release from the Sox after losing his spot in the rotation. A 1-5 record and 7.82 ERA since the All-Star break will do that sort of thing.

But Penny has a history with the Marlins. He -- not Josh Beckett -- won two games in the '03 World Series. And, as he used to like to joke, he has more career World Series RBI (2) than Don Mattingly (0). Penny ranks third on the Marlins' career leaders list with 48 wins. 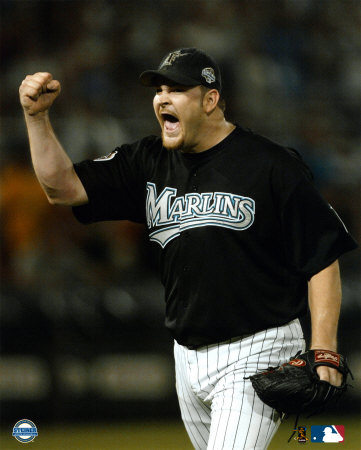 Penny is still young (31) and is two years removed from a career season with the Dodgers when he went 16-4 with a 3.03 ERA and finished third in the Cy Young balloting. A return to the National League might do him some good.

Penny, a free agent after the season, would only cost the Marlins the pro-rated minimum, or about $80,000. The Rockies might have interest in him. Penny played for Colorado manager Jim Tracy when they were with the Dodgers.

It hasn't been a pretty season in Boston for Penny, and he apprently fell into the habit of throwing a steady diet of very hittable fastballs without a lot of movement on them. But would you prefer him over Sean West for what would amount to 6 or 7 more starts?