Loria: No Car For Cody

Jeffrey Loria delivered a rah-rah speech inside the Marlins clubhouse the season before last in which he allegedly told players that he would give them his car -- a red Ferrari - if one of them was voted MVP of the National League Championship Series.

Loria said Wednesday that that story is not entirely accurate. 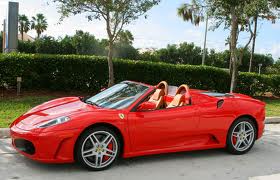 Those distinctions are important because Cody Ross was named MVP of this year's NLCS as a member of the San Francisco Giants. The Giants claimed Ross from the Marlins in August.

"It's (the car) not going to somebody who goes somewhere else," Loria said. "He (Cody) called and said, 'I won (the MVP) for the NLCS. Does that count?' I said 'Not exactly' and 'You're not playing for us. But I'm very happy for you.'"