Good news for Marlins: June only has 30 days 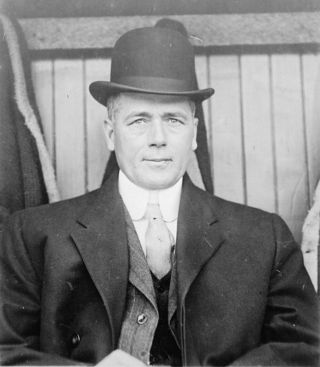 SEATTLE -- The Marlins continued their rapid descent with last night's beating by the visiting Mariners, leaving them with a 2-21 record for the month of June. The good news for them is that, with only five games left on their June schedule, they can't quite match the N.L. record for awfulness in in a single month: 27 losses.

One significant footnote to that mark: the three N.L. teams since 1900 that lost 27 in a calendar month also played considerably more games than the 28 the Marlins will end up playing this month. The 1908 Brooklyn Superbas went 6-27, the 1908 St. Louis Cardinals went 7-27, and the 1939 Philadelphia Phillies went 6-27. (The Superbas were managed, appropriately enough, by a guy named "Patsy" Donovan -- see photo).

Following last night's setback, Jack McKeon summed up part of the problem, and why the Marlins started out so well before hitting the wall:

"Early in the season, you can jump on a lot of guys (pitchers)," McKeon said. "They're not sharp. I've always said, there's a big differene between April and May. and the pitchers start to get sharp about the first of June, quiet quite a few hitters. And the guys who are taking off and doing real good, as we know -- Mr. Hee Seop Choi -- and all those guy who hit 10 and 11 home runs in April and May, didn't hit anymore the rest of the year because the pitching gets better, and they kind of dominate the hitters."

Yes, the Marlins had to deal with "King Felix" Hernandez at Safeco last night. But, still...their offensive "highlights" were three hit batsmen and the strikeout/wild pitch to John Buck that allowed the only run to score for the Marlins. Hanley Ramirez had one of the Marlins' two hits (Gaby Sanchez, the other).

But who would have ever guessed that, with the end of June fast approaching, Emilio Bonifacio would have 17 multi-hit games to only 12 for Ramirez? And it's not like Bonifacio is leading the league in hitting, either.