« Josh Johnson to have shoulder examined by Andrews | Main | Good news for J.J. -- No structural damage to shoulder »

U2 haunting the Marlins from South Florida to Oakland

OAKLAND -- Wednesday's U2 concert at Sun Life Stadium is the reason why the Marlins had to move three home games to Seattle. Now, the mega rock outfit could be creating more havoc with the Marlins' plans. 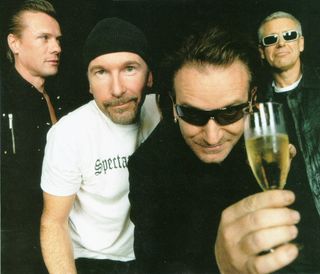 A steady, day-long rain here has cast some doubt on whether tonight's game at the Oakland Coliseum will be played. Rain isn't the only issue, though. The outfield was recently re-sodded following a U2 concert here on June 7, and there are concerns about the playing surface due to the soggy conditions.

Reliever Brian Sanches said he knows one way for U2 to make it up to the Marlins: have the band's frontman, Bono, offer backstage passes to all Marlins players whenever the group plays in any of their hometowns during the offseason.

One other side note: Sun Life Stadium (Dolphins/Marlins) and the Oakland Coliseum (Raiders/A's) are the only remaining NFL/MLB dual facilities.