Marlins-Padres in rain delay in top of second inning

UPDATE (3:35 p.m.): For those fans who battled the conditions at Sun Life Stadium today, the Marlins just tweeted this: "Due to today's rain delays, fans can exchange tix from today's game for $1 ticket to any remaining Mon-Thur. 2011 regular-season game."

UPDATE (2:55 p.m.): Both starting pitchers -- the Padres' Dustin Moseley and the Marlins' Javier Vazquez -- are warming up in their respective bullpens. If the game re-starts at 3 p.m., and it looks like they're serious about resuming play this time, the delay will have lasted almost two-and-a-half hours.

UPDATE (2:47 p.m.): Despite a light rain that just started to fall, the grounds crew is back on the field to remove the tarp. The new estimated re-start time is 3 p.m.

UPDATE (2:18 p.m.): Well, it doesn't look like 2:20 p.m. is going to happen. Though it's not raining, a storm cell is in the area. Fans have been asked to retreat to the concourse, and the grounds crew is putting the tarp back on the field.

UPDATE (2:01 p.m.): The slow-moving rain clouds have drifted and the skies have cleared here at Sun Life Stadium, as the grounds crew is folding up the tarp. The fans, mostly Camp Day kids, have started streaming back into their seats. The game is scheduled to resume at 2:20 p.m., which will mean the rain delay will have lasted just less than two hours.

UPDATE (1:50 p.m.): The grounds crew is on the field, and they're about to remove the tarp. No update yet on when the game will resume.

(1:08 p.m.): We're a little more than 30 minutes into a weather delay, with rain falling, lightning flashing and thunder crashing all around Sun Life Stadium. The Padres burst out of the gates again today, scoring three times in the top of the first inning on an RBI single by Jason Bartlett and a two-run double by Jesus Guzman. San Diego leads 3-0 with one out in the second inning.

The conditions deteriorated here in the top of the second, and after a bolt of lightning struck near the ballpark, the umpires decided to clear the players off the field and get the fans out of the seating bowl. The delay officially started at 12:35 p.m., and the grounds crew quickly brought the tarp out.

We'll keep you updated on when they plan to resume play... 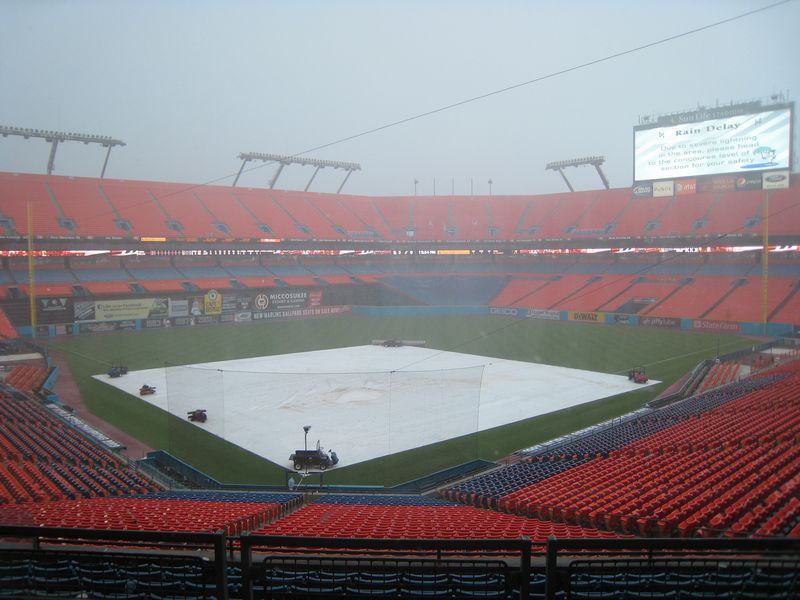 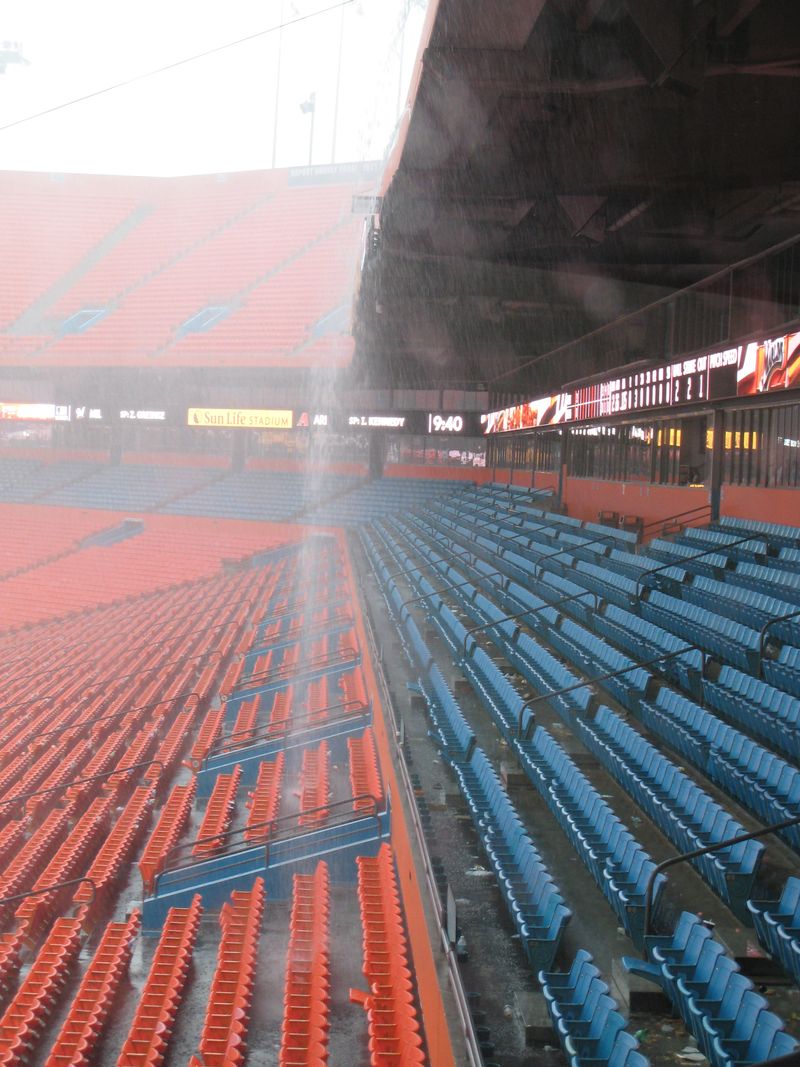