"You teach me baseball and I'll teach you relativity. No, we must not. You will learn about relativity faster than I learn baseball." -- Albert Einstein

Before the pages turn yellow with age on Tuesday's trade of John Baker to the Padres for Wade LeBlanc, I thought this would be an appropriate time to compile one of those "all-time" lists pertaining to the Marlins. Baker was one of the most intelligent dudes I've had the pleasure of covering during my 13 seasons on the beat. He was reading Plato the last time I spoke with him. 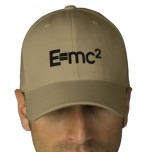 So it got me to thinking. Which Marlins players would you want on your Jeopardy! team? Which ones were most likely to say something fresh and witty after a big win or a tough loss? Who would you turn to for help if you were stumped on a brain teaser? You won't find the answer hidden in a slash line or contained in a complicated statistical formula that one might label "IQAR" (Intelligence Quotient Above Replacement). Based on observation over the years, here's my purely subjective ranking of the top five smartest Marlins (since 1999):

1. John Baker (2008-11) -- It's easy to see why he played his college ball at Cal-Berkley, one of the nation's premier learning institutions. He's the only player I've ever encountered that read "Atlas Shrugged" for kicks, corrected MY grammar, lamented what he perceived to be the erosion of the English language due to the proliferation of internet slang (lol, btw, ttyl, etc.) and once asked me to help him locate a dictionary from the early 1900s so that he could compare it with a modern edition in order to find out which words had become extinct over the past 100 years.

2. Mike Lowell (1999-2005) -- Graduated summa cum laude with a degree in finance from Florida International University. I remember reading something a few years ago about there being only 12 or 13 college graduates in the majors, no great surprise given the large number of teenagers drafted out of high school and Latin America. Lowell was the level-headed sort, not nerdy at all, and his smarts showed up on the playing field. He's the only player in the last 20 or 30 years to successfully employ the hidden ball trick not once, but twice. (In contrast, new Marlins manager Ozzie Guillen was victimized by the ploy three times during the course of his playing career.)

3. Andrew Miller (2008-10) -- If Miller had recorded the kind of numbers in a Marlins uniform as he did in the classroom, he would have been a superstar instead of a major disappointment. Miller smoked his college entrance exams on his way to the University of North Carolina and, because of his smarts, was entrusted by his peers with the role of union player rep at the age of 23. Miller was a stand-up guy who patiently and politely answered reporters' questions after tough outings, of which there were many during his stay with the Marlins.

4. Carlos Delgado (2005) -- Erudite and charitable, Delgado wasn't really around long enough to fully appreciate. But Delgado was a connoisseur of art, literature and fine dining, a worldly figure who would rather discuss a thought-provoking book than one of his majestic home runs. A social activist, Delgado funded a charity in Puerto Rico aimed at helping disadvantaged children and participated in a program that raised public awareness of his country's educational failings

5. Burke Badenhop (2008-present) -- Arrived from Detroit with Miller and four other forgotten figures in the disastrous 2007 trade for Miguel Cabrera. Badenhop left Bowling Green State University with a degree in economics and had a job lined up with a Wall Street firm upon graduation. But Badenhop put away his business threads for a baseball uniform after being taken in the 19th round of the draft. Badenhop, Chris Volstad and Brett Hayes are the Marlins' resident crossword experts.