The Marlins have reeled in two more players hoping to resurrect their big league careers in pitchers Kevin Slowey and Mitch Talbot. The two right-handers -- neither of whom has pitched in the majors since 2011 -- signed minor league deals with invites to spring training. 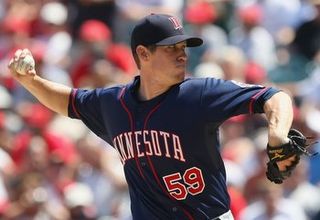 Slowey, 28, made 90 starts for the Twins over five seasons (2007-11), going 39-29 with a 4.66 ERA. But he was limited to only eight starts in the minors last year due to a stress fracture in his rib cage. The former second-round pick was once a mainstay of the Twins rotation, posting at least 10 wins in each of three straight seasons from 2008-10.