JUPITER -- They may be the two most identifiable players remaining on the Marlins. But Giancarlo Stanton and Ricky Nolasco are nobodies in Europe, where they claim not one soul recognized them during their trip there in October.

Which was perfectly fine with them. Nolasco and Stanton toured Paris, Madrid, Amsterdam, London and Barcelona just after the season ended. They joined up with Ozzie Guillen in Madrid shortly before he received a pink slip immediately upon his return.

The two Marlins marveled at the mania surrounding soccer while attending a Barcelona-Real Madrid game in Barcelona.

"I've never seen a crowd so into it," Nolasco said. "That country is so dedicated to a sport. It's unbelievable. Football doesn't compare to that as far as superstars and stuff."

Said Stanton: "Something like I've never seen before. You always hear about that stuff. but it was cool to be able to experience it live. Watching it on TV, it doesn't give the justice of how crazy it is in the stadium."

Stanton and Nolasco said soccer stars such as Messi and Ronaldo are idolized like no athletes they've ever seen.

"I don't think any baseball players are to their status," Nolasco said.

Manny Navarro is up in Dunedin this morning and took this photo. Recognize any faces? 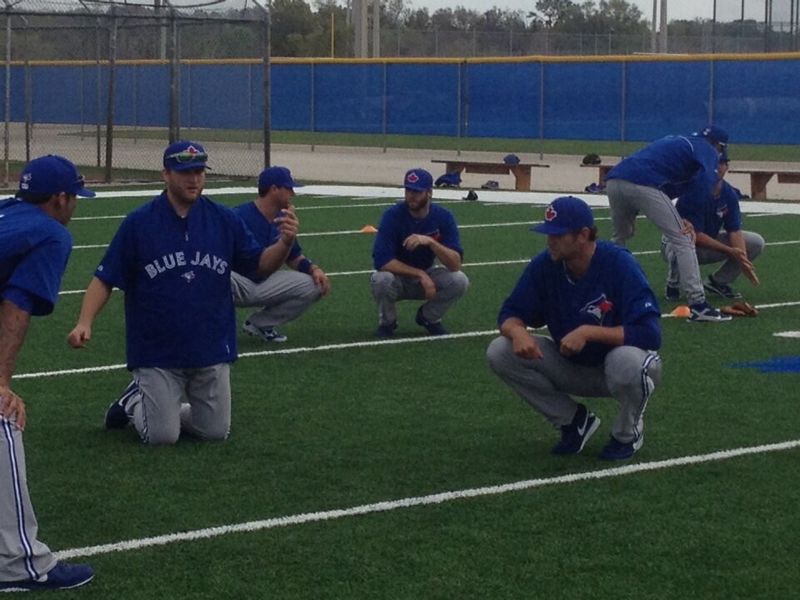