Sad news out of Pinellas County, where former Marlins reliever Justin Miller was found dead near his home in Palm Harbor. The cause of death is unknown.

Miller was perhaps best known for his tattoos. He had so many of them that in 2004 Major League Baseball required him to wear long sleeves after hitters complained his tattoos were a distraction to them. 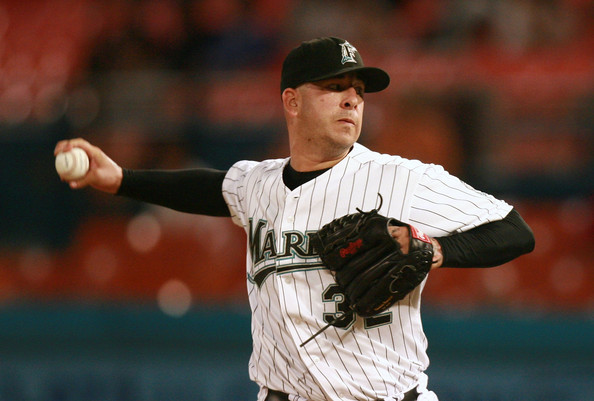