Former major league player Brett Butler has been hired by the Marlins to be the team's new third base coach. In addition, the Marlins also announced the hiring of Frank Menechino as hitting coach. 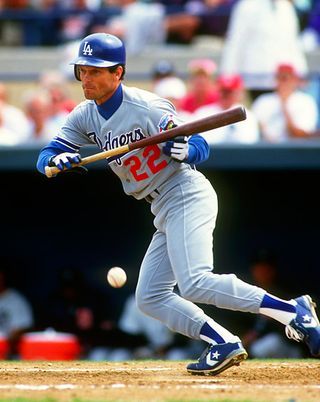 The rest of the coaching staff will remain the same.

An exceptional bunter during his playing days, Butler will also be placed in charge of the Marlins outfielders.

"He fills so many boxes," said Marlins general manager Dan Jennings. "This guy, No. 1, his pedigree and what he did as a Major League player for 17 years. He made his name in the game being a bunting, base running and outfield guy. He perfect those things, and did them extremely well. He is a guy we know him, we've seen his work in Double-A and Triple-A. We've talked to a lot of people who have been around him, and a lot of glowing reports of who he is and how he works with players. His expertise is something that should be beneficial to our players."

Menechino, 42, is a former major league infielder with the A's and Blue Jays. He becomes the fifth different hitting coach for the Marlins since Jim Presley was fired in 2010.

Menechino has been hitting coach for the New York Yankees' Double A and Triple A teams.

"He has great energy and a passion for hitting," Jennings said. "Very knowledgeable in terms of his thoughts and beliefs on what he looks for."

Butler was hired to replace Joe Espada, who was reassigned to manage Single A Jupiter.

"Brett and Frank bring a wealth of experience and knowledge from their years as players and coaches," said Michael Hill, Marlins president of baseball operations. "Coupled with our returning staff, we feel we have a tremendous mix of knowledgeable baseball men who will make our team better. "