The Marlins and veteran utility infielder Jeff Baker have agreed on a 2-year-deal worth $3.7 million, sources have confirmed. Jon Heyman of CBSsports.com first reported the agreement. 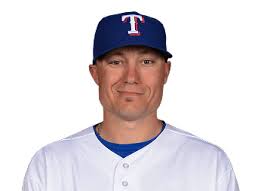 Baker provides the Marlins with depth off the bench and could be platooned at first base with Garrett Jones, who struggles against left-handers. Baker hit .314 with 10 home runs against southpaws last season for the Texas Rangers.

The contract agreement calls for Baker to receive $1.6 million this season and $2.1 million in 2015. The New York Post's Joel Sherman reported Baker could earn an additional $500,000 per season in bonus incentives.

Baker, who has spent nine seasons in the majors with the Rockies, Cubs, Tigers, Braves and Rangers, can play multiple positions. In addition to first base, Baker has also played second and third bases, and right and left field.

The signing of Baker would appear to significantly impact Ed Lucas' chances of making the Marlins' Opening Day roster, as Lucas and Baker have overlapping skill sets and positions.

Barry Jackson of the Miami Herald was the first to report last month that the Marlins were considering Baker.

The Marlins have addressed their bench in recent weeks by adding outfielder Reed Johnson and infielder Ty Wigginton on minor-league deals with invitations to spring training.