In one of the moves expected to be made before the trade deadline, the Miami Herald confirmed reports that the Marlins have reached an agreement to send reliever David Phelps to the Seattle Mariners on Thursday in exchange for four prospects.

The Marlins had not yet confirmed the trade as of early Thursday afternoon.

Hernandez is the top-rated prospect, ranked sixth in the Mariners system according to MLBPipeline.com.

Hernandez hit .252 with two home runs and 15 RBI in 112 appearances in short season Single A ball for the Mariners, and is likely still a few years from the majors.

The Mariners signed him in 2014 to a $1.85 million bonus as an international prospect.

Miller, ranked No. 16 in the Mariners’ system, is a starting pitcher from Ephrata, Pennsylvania, drafted by Seattle last year in the sixth round. The 22-year old righty is 9-4 with a 3.65 ERA in Single A ball this season.

Lopez, a 21-year old Venezuelan, is ranked 22nd for Seattle, and is 5-8 with a 5.04 ERA playing the Single A advanced level this year.

Schiraldi, 23, is not ranked among the top 30 Mariners prospects. Schiraldi, a native of Austin, Texas and 15th- round pick in the 2014 draft, projects as a reliever.

Phelps, 30, has shown his value as a starter and reliever during his career, although he has pitched primarily as a set-up reliever the past two seasons for the Marlins.

This season, Phelps is 2-4 with a 3.45 ERA in 47 innings (44 appearances). The Mariners are expected to pick up the remainder of Phelps’ one-year, $4.6 million deal he signed before the season. Phelps is arbitration eligible next season and would become a free agent after the 2018 season.

The Mariners are hoping the move can bolster their bullpen and keep them in contention. Seattle entered Thursday only 1½ games out of the second Wild Card spot in the American League.

The Marlins are also discussing a potential trade for closer A.J. Ramos with several teams in advance of the July 31 deadline. 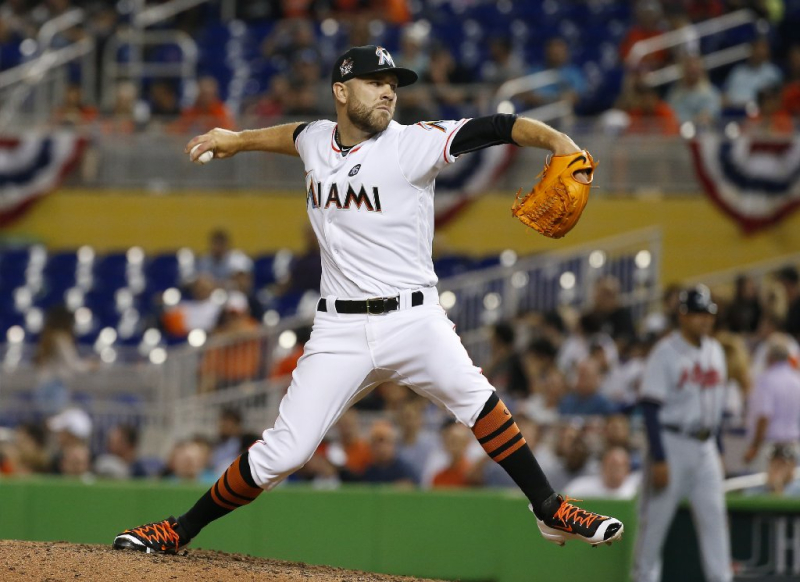