NEW ORLEANS -- Good afternoon y'all as they say in these neck of the woods here in New Orleans, La. In town for the Sun Belt football media days which begin Monday.

First time in New Orleans and as the pretty New Orleans bartender, Ashley, who took care of me at lunch today and looks a little bit like Scarlett Johansson, would say "Pete, it's your first rodeo here". 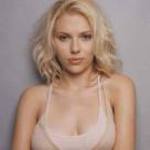 Nice way to start the trip.

Anyways, MC and Lionell Singleton, who is representing FIU, are both here for the events and I'll be writing a story on Lionell in Tuesday's Miami Herald, so check it out and will be talking some more to MC. For now let's get to MC's Q & A Part 3. . . .

FIUBlue82: How is our offense responding to the change from the old pro-style to a newer more spread format?

MC: I think kids like creativity. They like flexibility, because if we can't move the ball with a two-back set, pro-set then we might have to open up things a little bit just to get guys out of the way. If the quarterback has to drop back and run 14 times, because he can't find a receiver and he's making it work and those stats are ugly as can be, but it means a win, then so be it. I think our players fully understand that we are a whatever-it-takes kind of team while at the same time having a base. There is a certain time of the game where you need a play where you got to get that extra yard. What is our attitude play? What is our staple? The players know what we have.

A Realisst: If and when you endure success and other top programs or the NFL comes calling, do you think about making a move or do you see yourself at FIU for many years to come?

MC: No one in the world should ever take a football job and think about jumping anywhere else and that's how I have approached this job. [Oklahoma coach] Bob Stoops spoke to us when I was a graduate assistant at Miami and he said when you are taking on a job you approach that job like that's the last job you are ever going to take and you better make that the very best place in the world. You got to

realize when I saw coach [Bernard] Clark up there in New Jersey and I was still working at Miami and he was working at South Florida, I asked him: "What is there at FIU?" and one conversation with him had me convinced. Again, I didn't know much about FIU. I knew it was down the street, but I had never been on campus, but I was certainly excited as I can be about the possible opportunity I had gotten. I had not been offered the job yet. But my conversation with coach Clark, he painted such a clear picture of what [FIU] can, should and will be. We really want to make this one of the premier programs in the country. I, myself, owe this community that and much, much more. That is my promise. That is my committment to making this thing happen.

staugpanther: Do you see this year's linebacking unit as having enough talent and/or depth to hold up under a demanding schedule and be the playmakers that last year's crew turned out to be?

MC: We definitely need more depth. We are thin at linebacker. We did get a late start on recruiting and we tried to get a couple of more guys. A couple of guys are walking-on that are real good football players that have a chance to earn scholarships here. We're going to have to find out in camp. In the spring, we were definitely thin.

FIU Fanatic: Give us a timeline of future expected success at FIU...in terms of wins and losses and type of recruits being lured our way and bowl game participation, etc.

MC: Just hard to say, because we haven't played a single game yet. Judging from where we've been at Rutgers and what we're doing here, I expect us to do it faster than we did at Rutgers. Rutgers took 5 years.

FIU Fanatic: Are we going to be fully-funded scholarship-wise to give out the full 85 once the APR thing is over?

MC: Yes. The APR is what it is. It's something we inherited, but we've invested a ton of money in academics. Our coaching staff is all about being very strict on academics. In fact, we should have 100 percent retention 2 years in a row which means that we have a great chance of having 90 to 100 percent graduation rate in our first full cycle.

Prediction: Coach, under Don Strock, the opponents knew FIU's game. How much of a benefit will you have with opponents not knowing your strategy?

MC: I think football is football and I don't think anyone is going to reinvent the wheel over the next 20 years. When you go up against an opponent that has a brand new staff you view film of their former employer. They'll look at the places that we worked at. At the same time you go into a place you might be thinking opponents are doing one thing, but they're going to completely change, because they have another opponent they've been practicing things for. I think it's give and take.

FIUandMe: How do you plan to get the community more involved with our program, particularly alumni?

MC: We're going to be as visible as possible. Every day we try to be out there. Whether we're speaking at some type of engagement or event. Whether our players are out there reading on national signing day or giving FCAT pep rallies, events that we are going to be holding throughout the summer. Just putting it out there, that please, FIU alum come on! Come out forward and express that you really want to support this thing and make this thing go, because the bottom line is this: just like any great football program across the country, one of the most important things that you need to have is an alumni group that is ready to come out and support it at all costs. They truly make or break it. They're the ones that fill up the stadium. They're the ones that push and create the energy that surrounds the program. You got a group of young men that are willing to live and die with this thing to make everyone proud. Let's face it 1 out of every 2 college graduates in Dade County is an FIU grad. That is a fact. That's a lot of people. Let's round up. Let's support this thing. Let's make this thing explode. We don't want an average deal, cool little, nice event. A nice little place you go down and enjoy the weekend. No, we want to create something special, explosive. Something when the weekend comes around you want to cancel everything else to come down here and check out a day.

FI-UM Fan: What are some of the things you have done to stress discipline within the team?

MC: There are consequences for any miscue. For example, during the summer you are not allowed to run [players] if they mess up in school, but what you can do is you can have study hall from 11 at night to 1 in the morning on a Friday or Saturday night which kind of puts a dent in their social calendar.

During the season anything involving lateness, for mistakes on the field in practice as long as they are mistakes that have to do with not giving full effort -- you're better off going to hell. Players understand what's going on. They really are not testing the waters, for a couple of reasons: they know the consequences that come with it. I think we're now at that transition point where it's not about the consequences enough anymore, it's about getting better. Once a team makes that decision that it's about getting better, instead of the fear factor, now you're starting to become a ballclub.

CJ: There are only 2 freshman QBs (Colt Anderson and Darold Hughes) since Bryan Mann will not be eligible for this season. All 4 (including Wayne Younger and Paul McCall) will have a shot to earn the starting job.

FIU Fan: Your question has been answered and will be posted on the next Q & A. When I came up with the Q & A idea I said all questions would be asked of MC and graciously enough MC answered them all. I appreciate the job advice you gave me on the last blog, but I'll take it from here.

alt7787: Yes, I have been covering the Marlins lately. Lionell is the FIU rep here, last year it was Keyonvis Bouie. As far as Dontrelle Willis, I think he's pitching hurt, but won't fess up. And the Marlins won't say anything, because it would ruin Dontrelle's trade value before the July 31 trade deadline.

FI-UM Fan: MC is in the process of finalizing the fall practice schedule, but I'm sure there will be some practices open to the public before they go into Penn State prep mode. The first fall practice is Monday, August 6.

FIU Fanatic: I've been told Wendy Napoleon is done playing football, because of the concussions he suffered last season.

FIU-CALI 99 & FIU-GO-PAWZz: Welcome both to the Prowl ! Keep on posting.

A Realisst: I called Turtle on Friday and still have not heard back from him. Word I'm getting is BCC's Felipe Suarez is expected to be the FIU pitching coach. Although TT has not confirmed it yet. Reading into Jim Morris' comment on um-FIU series, I don't expect Jimbo will want to play TT, because of the curdled milk between the two.

NY Josh: Thanks for the props on the blog. It's OK if you want to jump on the FIU bandwagon while there's still room.

Crazy Cane: Coker didn't have to talk in 2001, because he was winning with Butch Davis's players. Jim Morris did the same with TT's recruits. How many NCs did Coker and Morris win when they had to recruit their own players. Alex, I'll take Easy Answers for $800.....What is zero?

We got 16 more questions to go with MC. I'll have a Shrimp Po' Boy sandwich before then and finish my "first rodeo" in the Bayou.