Allen's mask, FIU football to get another commit Dec. 9 & other recruiting stuff

A story on FIU's men's basketball team will appear in tomorrow's Herald and is online right now. Guard Jeremy Allen's working the Ron Boone mask after taking a head to the nose. I love that he made sure to note, "But I got the offensive charge to give us the ball." And the Imperial Stormtrooper shirt. 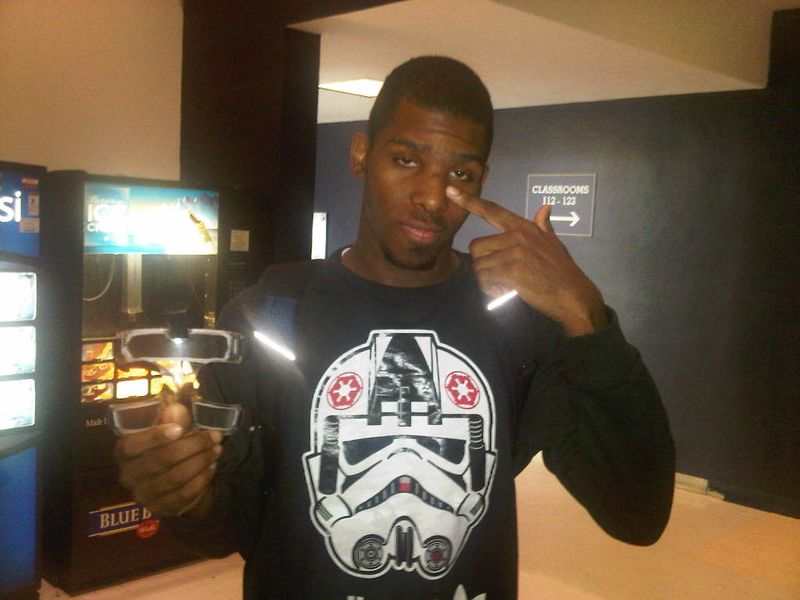 Orlando Freedom High defensive end Dieugot Joseph -- allegedly 6-6, 230 with a 4.8 40 -- hasn't accepted his scholarship offer from Camp Mitch, although his Twitter feed's been more enthusiastic about FIU than a third generation Panther raised in Sweetwater.

That didn't change Monday. Joseph wrote that he had an evening in-home visit from FIU; "just cut myself and bled Gold & Blue!"; and he would wait until his Dec. 9 official visit to verbally commit to FIU. "Out with the old and in with FIU" he Tweeted -- twice.

Riviera Beach Suncoast defensive back Davison Colimon, a verbal commit to FIU, says that Western Michigan is on him heavily, but he isn't sure he wants to leave the state of Florida. Then, he writes that playing in the cold will make him a stronger draft prospect and his goal is making it to the NFL.

Orlando Jones High defensive end Devin Washington, a 6-3, 219-pound junior, wrote in call capital letters, "just received my first college scholarship offer from FIU. I thank the Lord every day for the blessing and more to come." Later, he wrote, "That was such a surprise, I'm speechless."