Funny what you can learn sitting around the arena on a Friday afternoon.

Executive director for sports and entertainment Pete Garcia passed with Senior Associate ADs Julie Berg and Heath Glick and invited me along to look at the choice of new chairs for FIU Arena. 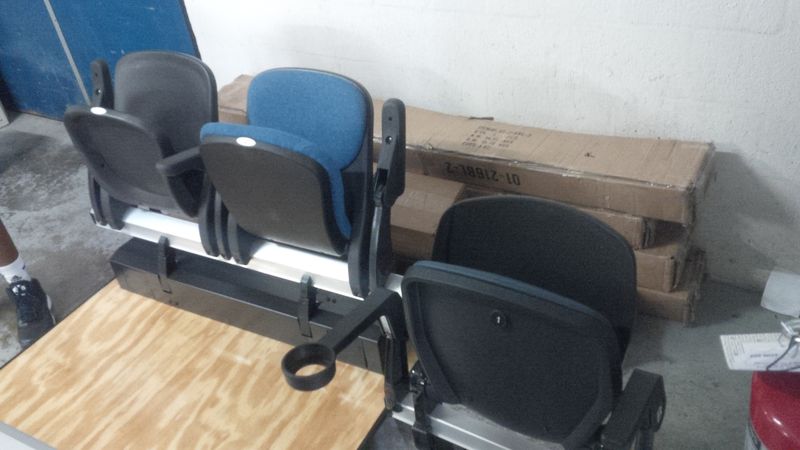 At least all the lower bowl chairs in the arena will be replaced. That's the "Bleacher Project" referred to in the pre-Miss Universe e-mail to Glick as "likely scrapped."

The other project mentioned as "likely scrapped" in that e-mail, the softball/golf locker room, should be started after FIU hosts Conference USA softball championships, according to Garcia and Berg. The new practice area for the track and field throwers, also part of the Women's Sports Initiative, should be done before the year's out. Garcia said a major upgrading of the baseball stadium will be coming in the next year or two.

A major donation should be announced soon that'll pay for the baseball stadium and arena seat replacement. The other projects should be covered under what's been collected for the Women's Sports Initiative.

Recently, I heard again from someone close to the situation, as I did last fall, that the long-awaited soccer/track stadium will become a reality once FIU takes over the Youth Fair land. Don't confuse this with any drive to get Major League Soccer as a temporary FIU tenant. This pitch would be for FIU and youth teams.

Considering the amount of time we've been waiting on this project, all skepticism until dirt gets disturbed is warranted.