Sand Off to Nationals

The sand women left FIU at 3:30 a.m. Wednesday to catch a pre-dawn flight out of Fort Lauderdale in a journey to Gulf Shores, Alabama. They could return as national champions.

The last AVCA Collegiate Sand Volleyball Championships will be this Friday and Saturday. Sand volleyball becomes a full-fledged NCAA sport next season and that Four Letter Organization will take over the championship in 2016. Hopefully, the West Washington Street Wackos, whose rulings sound formed from the logic of a Lewis Carroll character, will stage it someplace with more cool than Gulf Shores, Alabama.

As for this year, No. 3 seeded FIU, 18-1, faces No. 6 Florida State Friday and the Panthers beat FSU 3-2 earlier this season. When I talked to players and coach Rita Buck-Crockett for a story about a month ago, one thing they made clear: winning only whetted their appetite to destroy. Beat a top opponent 3-2, make it 5-0 next time. And they ended the season giving opponents the Godzilla, including lone conqueror Stetson. A 3-2 early season loss got avenged 4-1 with the lone match loss coming via retirement because of injury.

A win Friday morning against FSU puts FIU in a second round match with No. 2 Hawaii. Even if the Panthers lose there, they've still got a shot at getting to the championship match through the losers bracket in the double elimination tournament. 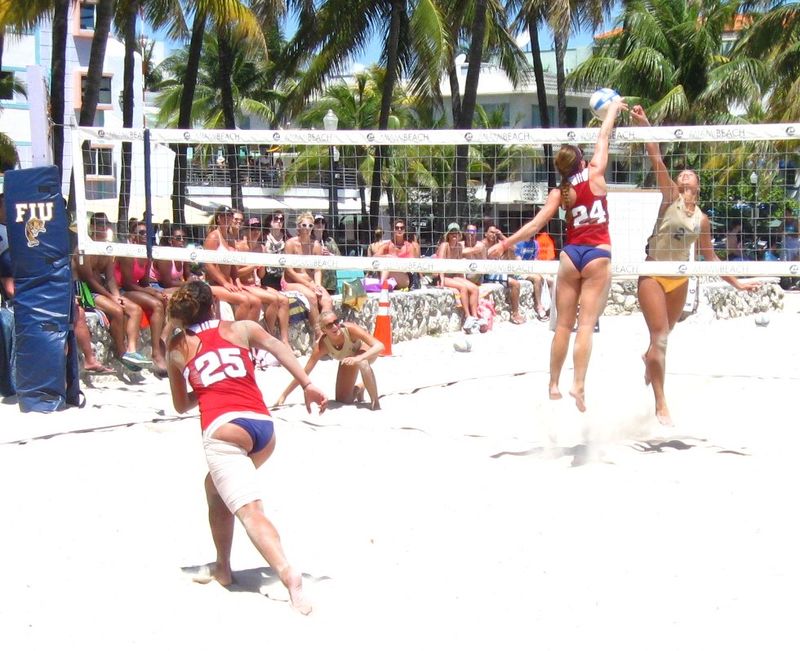 With freshman teammate Anja Licka clearly appreciating the effort, Maryna Samoday gets the ball over the net against FAU's Mandy McIntosh. 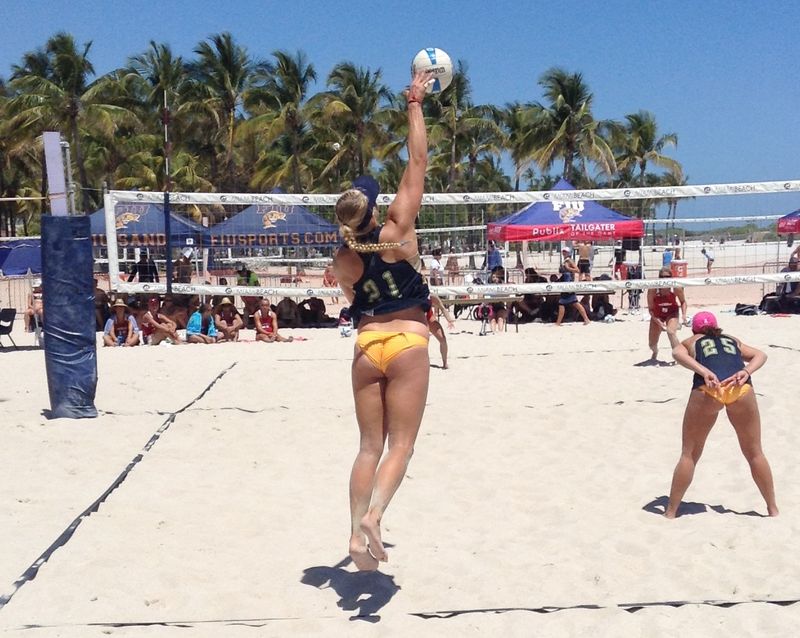 As she descends from defending her net, senior Summer Nash turns to see what partner Kristine Monforte will do with the altered kill attempt.