Return of the Scouts? 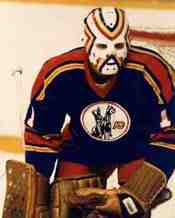 Reports out of Canada and Nashville have surfaced that current Preds owner Craig Leipold is refusing to sell the team to Jim Balsillie, but instead will sell it for a $50 million discount to a California chap who plans to take the team west to Kansas City (Missouri, not Kansas).

Say what you will about Gary Bettman, but he seems to get his way when he wants to, apparently even spinning around a guy certain to be an ex-owner to do things Gary's way. And Gary's way is promoting the NHL in the United States, not in Canada so much. Balsillie, you see, wanted to move the Preds to Hamilton, Ontario. He even sold a boatload of tickets before anything was even close to being official.

Now, before anyone jumps too far ahead, the Kansas City Scouts are still more dream than reality. The franchise still has a valid lease in Nashville that it can break after this coming season only if certain qualifiers are met. The main one is if the team averages 14,000 per game, the lease cannot be broken unless the city says OK (and that ain't going to happen).

The question begs why Bettman would be against the team going to Hamilton. The problem isn't support; the Hamilton Pred-Cats would have plenty of that, no one in the NHL offices could argue.

Bettman's problems start with Balsillie himself. Dude is one heck of a business man and isn't going to jump into Bettman's camp if he becomes an owner. By keeping Balsillie out of the fraternity, Bettman avoids a major headache -- and a guy who probably will do what he wants when he wants to.

Bettman also doesn't want to lose a U.S. market. By trading Nashville for K.C., the NHL can still negotiate national U.S. sponsorship -- and TV -- deals by touting 22 major U.S. markets (New York and L.A. have two teams). The NHL is making its money in Canada whether there's a team in Hamilton or not. Losing a U.S. market, on the other hand, will sting. And hard.

Also, moving the team to Kansas City helps a number of Bettman's owners. The brand-spankin-new arena in K.C. is managed by a group headed by L.A. Kings' owner Philip Anschutz. So there's one owner helped. The other two reside in Toronto and Buffalo, franchises that would be affected by putting another team in southern Ontario.

If this new Nashville deal goes down, don't expect Balsillie (whose company made -- but did not invent the technology to -- the Blackberry) to sit down quietly. If he finds out the NHL was behind this deal, there could be lawsuits. And bet he'll be looking for another soft NHL market in which to carve out the franchise and move it north. South Florida is safe for now, but for how long?