« Where Shopping is a Pleasure | Main | Going Back in Time »

New Cats on the Block 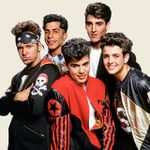 The Panthers made two moves this afternoon, signing center Brett McLean from Colorado to a three-year deal, and also signing former Cap Richard Zednik to a two-year contract. 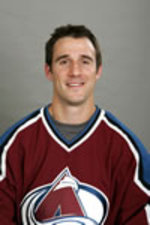 Dude is well traveled, playing for such minor league franchises as the Johnstown Chiefs,

the Cleveland Lumberjacks and the Houston Aeros. He started his NHL career with Chicago before going to the Avs as a free agent.

Zednik, 31, is a major-league veteran of 10 NHL seasons. Zednik made his NHL debut in 1996 with the Caps and spent parts of six seasons with Washington. Zednik has also played for Montreal and the Islanders.

Zednik was traded to the Islanders last year and in 42 combined games last year scored seven goals with 14 assists. Zednik has appeared in 48 playoff games, scoring 16 goals with 10 assists. In 621 career games, he has 168 goals and 152 assists. 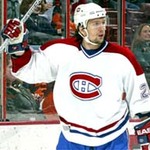 Zednik had wrist and groin problems that affected him, and he missed the Isles' last nine games of the 2006-07 season because of a family emergency in Slovakia.

Zednik has a knack for scoring when healthy, scoring 20 goals three times for the Canadiens, including a career-high 31 in 2002-03.

According to the Panthers, coach/GM Jacques Martin will be speaking to us later this afternoon. Word is, he's not done shopping just yet.

So far, he's found two inexpensive parts to the puzzle. According to TSN, Zednik will get $1.5 mil this season and $1.75 mil next year. McLean will get $1.7 million in each of the three years in his deal.

(*) Take Todd White off Florida's list as he has reportedly signed with Southeast Division rival Atlanta. According to the AJC.com, the Thrashers signed White to a four-year deal worth $9.5 million. There had been word from inside the Panthers that Florida was only willing to give White a three-year
contract.

(*) Word is Todd Bertuzzi is still out there looking for a team. And no, this was not just a cheap way of sneaking in a new Bert picture. I'm not going to be that guy. No new Bert pictures today. Seriously. 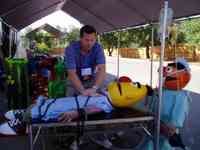