Say what you will about the Cleveland Indians mascot, but nothing ever seems to get Chief Wahoo down.

Unlike many who are Cleveland fans today.

See, I've been an Indians fan since I was a little kid, my grandfather taking me to games at Cleveland Muni when I would come up from Miami to visit. Used to love going to Muni, and I remember walking up and buying tickets at the gate

and being one of about, oh, 4,553 in the stands on a Thursday night when Oakland was in town. Seriously, crowds at Indians games would make the Marlins look good.

Anyway, being a Cleveland fan, I was expecting this collapse. I was. I knew it was coming. I knew there was no way Josh Beckett was getting beat in Game 5, so the series rested on Game 6. Because the Tribe was not going to win a Game 7. And so it goes. Cleveland gets roughed up early in Game 6, and that's all she wrote.

So, there's always next year. This is a good young team one I hope isn't too scarred from the Beantown meltdown. Been getting some emails from folks in the past 12 hours, so feel feel to let me have it in the comment section or just leave something nice. But I'm cool with it.

Because I was expecting it.

-- Only a couple more months until Spring Training! Last season for the Indians in Winter Haven before they pack up and head back to Arizona. Sucks. Speaking of sucking, this is the last spring for the Dodgers in Vero Beach too. They're going to AZ as well.

If you've never been to a game at Dodgertown, seriously, make your plans right now. You have to go there. Get there real early, too. Take in the entire Dodgertown experience. I'm thinking of doing a combination Dodgertown/Winter Haven trip this spring, Panthers or no. 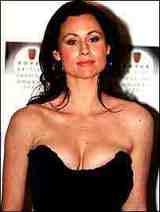 -- Speaking of time off, I'm not working today. Mr. FIU -- Pete Pelegrin -- covers the team today as I hit the links to release some frustration with my good old buddy Mr. Driver (he's not related to Minnie).

-- Panthers ranked 25th out of 30 NHL teams in the most recent TSN power rankings. Seems about right, to be brutally honest. This continues to be a very inconsistent team and needs to figure some things out.