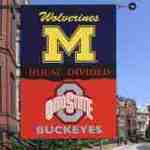 COLUMBUS -- Lot of talk the last couple of days about division in the Florida locker room, about players being upset and feeling a little bit alienated because JM doesn't always communicate with his players about decisions.

Sometimes, JM goes through the media before he talks to a player, and he certainly is not the first coach/manager to do that. It may not be the right way to handle things, but it's been done that way before.

As far as a split in the room goes, I know the guys are frustrated with losing, and many are frustrated with what is perceived as a lack of trying to fix things from up top. JM addressed those concerns the other day, saying changes aren't coming from anywhere but inside the room.

The guys on this roster are going to have to turn things around themselves, there's no white knight coming in a trade, no magic pill that's going to make this team all of a sudden believe in itself and suddenly become more talented.

In this age of salary cap concerns, the Panthers and every other team in the league are handcuffed in what moves they can make. No longer can good money be thrown after a bit player to help out. When a regular gets hurt, there are few options: Pull up one of the kids from Rochester, or try and find someone somebody else doesn't want.

Case in point: Garth Murray, pulled off the waiver wire. As one team employee joked when he signed: "Where to I go get sized for the ring?"

Problem is, some players have that same mentality. When a minor league player or a fringe NHL player is brought in to fill, there's a thought that "here we go again" when the truth is, there's not much else that can be done.

JM got testy today when asked about the reported division in the room, telling us to name our sources. That, of course, is not going to happen. And it can't happen. But none of this is new. JM hasn't been a good communicator and I don't think he thinks he needs to be.

JM is an old-school guy in the thought he feels these guys should be able to motivate themselves from within, that they make enough money they should play with pride and be up for every game. Yet this is the real world. That always isn't the case.

Has Jacques lost the room? I don't think he has.

I have my doubts. This team needs to win on a consistent basis, and I'm not seeing that. No lead is safe with this team, no matter how bad their opponent is playing. It just seems like more of the same. Maybe they'll prove me wrong.