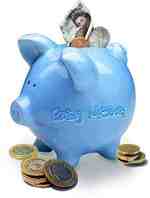 A report in the Toronto Star yesterday details how much money each team in the NHL brings in per game.

Little surprise, but a good chunk of the NHL's ticketing revenues come from north of the border, with Canadian teams (all six of them) accounting for 31 percent of league ticket money.

According to the report, which can be accessed here, six of the top seven teams in revenue producing from tickets are the Canadian teams (the Rangers broke up the sixsome by coming in at fifth).

Here are some cool numbers for you: The Maple Leafs pull in $1.9 million in ticket money -- per game. According to these numbers, it takes the Panthers almost four games to bring in that kind of cake. Florida is ranked tied with Chicago for 28th in the league in ticket monies, getting an average of $500,000 per game.

The Coyotes were last in the league in ticket money, getting $450K per night -- a drop of 18.2 percent from the season before.

It appears Florida will once again get some revenue sharing money from the big boys in the league, Florida doing its part in trying to sell tickets but finding it a hard sell. Some blame the market, and that has plenty to do with it. Not making the playoffs seven straight seasons also makes this team a hard one to sell.

Here's the complete PDF from the Star.

-- Well, Doug Armstrong isn't going to head up the Leafs, instead going to St. Louis to be the GM of the Blues after current GM Larry Pleau retires in 2010. Don't know what that means for Joe Nieuw. Time will tell. Armstrong, fired as GM of Dallas last fall, takes over as Blues' VP of player personnel and will handle a number of duties within the organization.

Sounds like a solid move for Armstrong, and a smart move for the future of the Blues. Read about it here.