« You Stay Classy, San Diego (And Thanks for Visiting. But Mostly, Stay Classy) | Main | Preparing for the Move »

There's Something About Jennifer (Aniston) 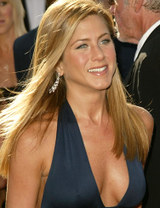 Jennifer Aniston is in the House Joe Robbie Built Friday night as she and Owen Wilson are here filming a scene for their upcoming movie Marley & Me at the ballpark.

Since one of the other major stars of the flick is a dog (named Marley) it's only fitting they are filming at Bark at the Park night.

They filmed on the third base side of the lower bowl as it appears the scene revolves around the dog (Marley) getting loose and taking a premium seat down low. Owen Wilson and Ms. Aniston race down the steps to retrieve their pooch and herd him back upstairs.

The dog also gets loose and runs around on the field. That scene, again starring Ms. Aniston and Sr. Wilson, was filmed in left field during the ninth inning. The two actors chased the pup around the field, and it seemed like they all enjoyed it. Especially the dog.

"[Aniston] definitely looked a lot better than I did,'' said left fielder Luis Gonzalez, who watched the scene unfold before going out to left for the top of the ninth. "I didn't know [the scene] was happening then or I might have run out there a little quicker to help her catch the dog. 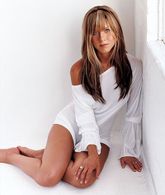 "I would have jumped in front of Owen Wilson, grabbed the dog and handed it to her. That would have made a real hero, right? I should have screwed that whole scene up. What would they do, kick me off the field?"

Said manager Fredi Gonzalez of Aniston's 'running' ability: "She made some pretty athletic moves out there. She wasn't bad. .-.-. I knew they were going to do it, just didn't know what inning it would be. The umpires knew all about it so it was good. She's pretty athletic. She made some zig-zags out there.''

-- According to the Marlins, 754 dogs took in Friday's game -- don't know if the pooch who plays Marley was counted. You can be sure the Marlins jacked up their attendance numbers by counting Aniston, Wilson, the film crew and the extra Miami-Dade police officers brought in for the scene.

The Marlins say the Bark in the Park promotion benefited the Humane Society of Miami-Dade and Broward, so good deal there. Fans paid $12 to get up there in the upper deck, with an additional $6 per pooch.

-- This is not the first time Joe Robbie Stadium has been the backdrop of a major motion picture. The stadium's other film credits include Any Given Sunday, Ace Ventura: Pet Detective, and Major League IV: The Indians Cough It Up '97.

Of course, the Orange Bowl has a much more varied and extensive film resume, but I really don't feel like talking about my old friend right now. Still painful. Here's a picture of what used to be the Best Damn Stadium in the Land as of Thursday morning. Sad, ain't it.

-- And who else but On Frozen Pond gives you a blog entry with Jennifer Aniston, Charlie Sheen and the Orange Bowl in it?

Don't even bother looking, there isn't one.