KANATA, Ontario -- Olli Jokinen is now the former captain of the Panthers after being traded to Phoenix prior to the start of Friday's NHL Entry Draft at Scotiabank Place.

The deal includes two players, a pair of defensemen, and one of Phoenix's second round draft picks (49th overall).

Looks like a decent move for the Panthers, and shores up their defense. But Phoenix has to totally love this move.

Both are strong players (Ballard's the star though), and make combined a little more than Olli will make in 2008-09. Both players have expiring contracts, Boynton a free agent after '08-09; Ballard will be a restricted free agent following next season.

I would guess this ends the speculation Florida will go after Ottawa's Wade Redden this offseason, instead, the Panthers need to get themselves some scoring -- because the Panthers don't have much now that Olli's gone.

Olli's been Florida's leading scorer the past five seasons. JM must have really wanted Olli gone to make this deal. It's not the overwhelming trade we all thought was going to come down the pike.

But Ballard is a strong player, some are saying a potential star in the making.

-- Spoke with Olli not too long ago, will give you these quotes, then transcribe JM and get those too.

"I wasn't surprised to get traded. I knew it was going to happen. I am surprised at the destination. I'm looking forward to playing under Wayne Gretzky. I've only met him in passing. There are some good players out there.

"It's always a shock to get traded. It's part of the business. I was ready for this. My agents do their homework, talk to other people. They obviously know more than the players do in these kind of situations.

"I had a feeling after the season they were going to trade me. Especially after they hired a coach. No one called me. The only way I knew about it was when [PR guy Justin Copertino] text messaged me. I knew then my dream was over. Since then, I knew I was gone for sure.

"I don't want to be somewhere where I'm not wanted. It's a tough business. That's the sad part. It's not just me who was traded. It was my family, friends around here who have a piece of this. I'm happy to say I was part of the Florida Panthers for eight years. But it's over now.

"South Florida is our home now. It will remain our home for the rest of our lives.

"There was a lot of special things that happened here for me. I want to thank all our loyal fans, my teammates in Florida. I've seen a lot of teammates come and go, now I'm going. 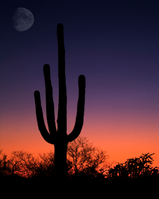 "It was definitely time to move on. I had 89 points one season, 91 the next. A plus player. Then I had a down year. I was a bit off, but a lot of things went on that affected me.

"Every player has a down year, but I don't think I had the support of management. At the end of the year, I don't think they respected what I do. That makes it kind of hard to respect them. I took most of the blame for last year, and looking back, that was a mistake. It wasn't the best thing to do. The message from the staff was that [missing the playoffs] was my fault. How much can you blame one guy? Maybe they didn't do such a good job either.

"I do wish the best for the Panthers. I hope they made a good deal. I think Phoenix believes they made one. I hope this works out well for both teams.''

Some stuff from Jacques Martin:

“I felt we needed to improve our defense,’’ said Martin. “When you look at teams who are successful, you need defensemen who are mobile and can move the puck. Acquiring defensemen is not easy. They’re hard to come by.’’

“This is not personal at all,’’ Martin said. “As I’ve always said, I’ve enjoyed working with Olli. He’s an excellent player. But I looked to improve our club. I wouldn’t have made the trade if I didn’t think it was good for the organization. I didn’t have to make the trade. That’s why we made it.’’