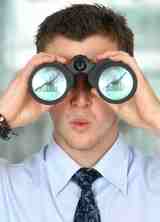 Just got off the phone with JM, confirming that Jozef Stumpel has been waived. Says even if his salary was less, he still probably wouldn't be back, adding he's trying to "make sure we have people in the dressing room with the right attitude for Pete.''

-- JM says the team is negotiating with Steve Montador and wants him back next season. At the right price, of course. JM says negotiations have been going on with Monty's agent for a while, but nothing yet. I think Monty tests the free agency waters before agreeing to anything. Still not sure he returns.

"We’re talking with Monty,'' JM said. "I've talked with all three (Montador, Cullimore, Johansson), but it depends if I can move some people. Monty is in a different category because he plays both position. We feel we’ve had good conversation with his agent. We’re progressing. I’d like to sign him. We’ve talked to his agent for quite a while now. We want to sign him, want to be fair with him. Depends on what his demands are.''

-- Nothing new to report on Bo.

-- From the tone in JM's voice, doesn't sound like the team is going to be very active in the FA market. He said the roster is full ("I would have to move some players") and he felt they were filling a need with speed and "character guys" last year when Richard Zednik, Brett McLean and Radek Dvorak were brought in. Sounds like Michael Frolik and Shawn Matthias are making this team out of training camp. JM says they have talented players ready to step up and fill a void. We shall see.

Of course, this could be another JM smokescreen. Time will tell.

"I don’t know at this point,'' JM said when asked about bringing in some help come July 1. "Look at the people that we have. In order to get people we want, we would have to trade. It always depends. It's not like last year where I felt we needed speed and character. That’s why we went free agency route and signed three players. Part of last year’s strategy was, we didn’t think we had too many people ready to step up. This year we do.''