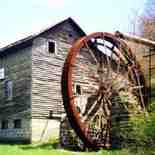 This is what I got for you all today.

Story is, Mike Van Ryn is for sure going to Toronto, Bryan McCabe coming back. He's cool with coming with Florida and will waive his no-trade to play for the Panthers. This is coming from two very good sources in Toronto, from people I trust.

Have also gotten word from inside the Panthers organization that this part of the deal is complete. The Leafs are desperate to get rid of McCabe's contract, to the point where they were thinking of buying him out.

My thought: They'll take Mike and his two years and hope Mike's wrists are all healed and they've got a bargain. Worst case is, they can buy out Mike's final year; that's a lot cheaper than buying out McCabe with three -- or next summer, two -- years remaining.

Florida and Toronto are still talking about other stuff, and it appears someone is going with Ryno to Toronto. But, it won't be anything major. Perhaps Radek Dvorak, maybe a younger player who is on the roster bubble. Forget reports that Stephen Weiss or David Booth would be traded. That's not happening. Same goes for Jay Bouwmeester.

-- Saw some former Panthers at Incredible Ice working out today, from Roberto Luongo to Eddie Belfour to Ruslan Salei. We're getting closer...