Little bit of news out of today's morning skate: First, Bryan Allen is out (he didn't skate because his knee is hurting him again) so Karlis Skrastins gets his first action.

Also, Belak and Kreps back in; Frolik and Stewart are out. 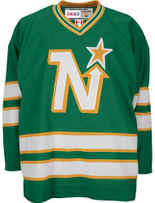 -- News out of Wild camp is that the already banged up Minnysota team will be without its main weapon: Marian Gaborik is out with what they are calling a lower body injury. That's good news for the Panthers. Should be a defensive battle out there tonight.

-- In a not-so-shocking move, the Blackhawks have put Denis Savard on waivers after Chicago's rough start. Joel Quenneville is in. Could see this one coming, what with Chicago bringing in Scotty Bowman and Quenneville during the offseason. Too bad for Denis; good guy and a good coach. And, the Hawks got their first win of the season last night, beating the Phoenix Jokinens 4-1.