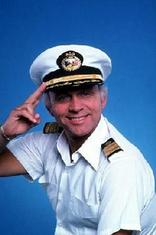 Just got back from practice and have a ton of work, so this is going to be short and sweet.

First, no one captain to start the season. Pete DeBoer says he wants to take more time to make his decision, with Stephen Weiss agreeing that not having a one captain plays more into the Panthers' team concept this season. May have a captain soon, but it also could be a rotating deal.

-- Don't know what's going on with Cory Murphy, although it doesn't sound like he's been picked up. Caught him coming out of the arena today, said he knows the FLA blueline is very strong and he's not upset with the Panthers for waiving him. If he is assigned to Rochester, he'll go, saying he'll continue to work his tail off in hopes of coming back.

-- We're going to talk to JM sometime around 3, so they'll be another update.

-- Karlis Skrastins did not practice again today, he won't be playing this weekend.