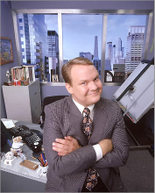 Just getting back from morning skate at the Bank, Pete DeBoer telling us that Craig Anderson is starting tonight, his second straight go in net.

Anderson, one might recall, stopped 44 shots and looked terrific Sunday night against the Ducks.

PDeB says "there is no doubt" Tomas Vokoun is the long-term guy here, but Andy got the win, and this team needs a lot more of those. Also, TVo left practice early with some sort of nagging injury. PDeB says the decision to go with Anderson had already been made. TVo left the building while we were talking with the coach so I didn't get a comment from him. Maybe tonight.

Also, Radek Dvorak is out with a hamstring injury, but Gregory Campbell's messed up hand (he says it's not infected but there is some sort of soft tissue injury) is not enough to keep him out of the lineup. "I''m definitely playing,'' he said, his hand wrapped in ice.

Cory Stillman is also in, says he feels good after suffering the first concussion of his career. The first one is always the worst, although the second one leads to a third; and they don't get any better from here.

Nick Boynton is back in the lineup tonight, leaving Noah Welch as the odd man out. 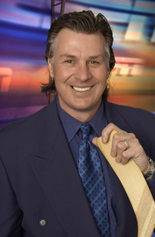 -- Tampa Bay's Barry Melrose was back at practice today after taking Tuesday off. Well, he didn't take the day off really, saying "I was here until 12:30 last night.''

Melrose left the Bank before practice on Tuesday, walking back from the rink to the team hotel across the street from Sawgrass Mills. It's a nice walk, I do it every once in a while.

If Barry would have kept going down Sunrise Boulevard, he would have run right into our brand new Chik-fil-A -- which is now open. It's the pride of Sunrise. Which says something about Sunrise.

-- Those of you who enjoy Home Ice on XM204 can celebrate today: XM has brought over Sirrus' music channels, including Margaritaville, E Street Radio, Underground Garage and most importantly, the Elvis Channel. It was a good day of driving around the neighborhood today.

-- Expect things to go nutso in Toronto today as the Ducks have scheduled a press conference to announce future Maple Leafs GM Brian Burke is stepping down. Burkie has a Stanley Cup title to his credit, but his last game as GM will go down as a loss to the Panthers.

-- You can now vote at NHL.com for the All-Star Game. Panther fans can vote for TVo and Jay Bouwmeester, but you can also write in votes (or at least that's what I've been told. I can't get the site to load.) I say Vote for Booth. Why not. Kid is having a pretty strong year. Plus, if Jay gets voted in, he may not even be with the Panthers when the All-Star Game is held. In fact, I'll make the time-honored $1.50 bet that he isn't.

Like in Dade County, you can vote as much as you want. Make your voice heard! Or not...

-- Panthers say they are going to have some sort of tribute to this year's Hall of Fame inductees, probably in the first period. You might have heard that one of the players inducted -- Igor Larionov -- once played for the Panthers. Or you might not have. Whatever.