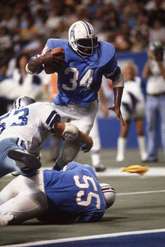 EDMONTON -- Remember in the movie My Cousin Vinny where they talked about that famous Alabama mud?

Edmonton might have something to say about that. The sun is out and it's chilly, but it's not too bad. Save for all the muddy slush that may have ruined not only my Nikes, but my jeans as well.

At least it's not windy.

-- Not a whole lot going on at practice today. Goldie informed me of a report that stated David Booth would be in the lineup today. Don't know 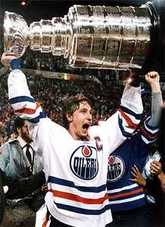 where they got that, but it's not true.

Four of the injured guys were still going strong when me and Steve X sauntered out of Rexall Place and into the cold. Booth was one of them.

-- Nathan Horton was not, coming off the ice early. He says he's still having trouble with his foot, although the deep cut "is healing nice.'' To find out where the discomfort is coming from, Horton had an MRI here yesterday. Now it appears he has a small fracture near his heel. He doesn't have a timetable for a return, but it's at least a week. Going to take it day-by-day.

-- As expected, the local buzz surrounded Jay Bouwmeester and his contract. The general consensus around here is that Jay won't be with the Panthers (big shock), and that Edmonton could offer some serious jingle to get their hometown boy back. I don't think Jay will sign here to play under a microscope, and two people I talked to up here agree with that assessment. The Oilers are going to try to get him, though.

Pete on Jay: ''He's been outstanding. I didn't have a real appreciation for how good he is. He has that unique combination of speed and range where he can shut down the best players on every team. He's also found his offensive game, something that started last year when he put up 15 goals. 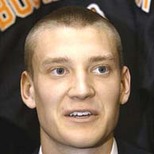 ''He does it all. He's our best player. He's our leading scorer, plays more minutes than anyone in the league. What more can you say?''

How about this: ''We're trying to create an atmosphere here where he believes that he can be part of something that's moving forward. We're trying to win and win on a regular basis and play in some playoff games. That's the only pressure I put on myself, and that goes to the whole group and not just Jay.''

And this: ''I see good things. We're starting to create an identity of a team that comes and works hard and is tough to play against. We've created some accountability here early in the season with the players throughout the lineup. If you come and work hard, you're going to play. If you don't, you're not. Things don't change overnight. Not playing a playoff game in six or seven years is a long time. I believe we're heading in the right direction.

''We're not going to convince Jay to stay based on any conversation. He's going to have to see it. I understand that.

''I can't say enough about him. He sure isn't playing like a guy who doesn't want to be here. He's giving it his all every night, shows up every day to work. He's blocking shots, doing all the little things that help us win every night. That's where the proof is for me.''

-- Sam Gagner, the pride of Broward County, will be back in the lineup for Edmonton tonight after missing the past two games with a concussion he suffered against Dallas. Sam, you may remember, is the son of former Panther Dave Gagner. 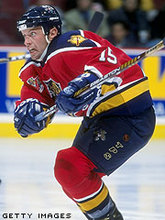 One of Sam's earliest memories of playing hockey came at Incredible Ice. Sure, he moved on and honed his game away from South Florida, but we can take some credit for the young man making it so far.

At least I do.

-- And this just in from FSN: They are dropping coverage of the Carolina game at the Bank on Jan. 8 because it conflicts with the Gators in the BCS title game. They will pick up the Atlanta game on Jan. 10, and add HD to the Carolina game on Feb. 12.

Have an email into Michael Yormark trying to see if they are going to move up the time of the Jan. 8 game because of the title game. We shall see.

-- Edmonton is going to go with Mathieu Garon tonight instead of Dwayne 'Wade' Roloson. Garon has won his past two starts (Dallas, LA) after being benched for a while.