Turbulance in the Air? ... Trouble in Paradise? ... Definitely a Frosty New Year for Tomas Vokoun and Pete DeBoer 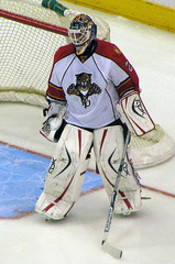 NEW YORK -- Greetings and Happy New Year from a virtually empty Laguardia Airport, where it's a bunch of USAir employees and your tired Florida Panthers beat writer wandering the abandoned terminal.

Postgame today brought one big thing to light, and that is Pete DeBoer and Tomas Vokoun have a difference of opinion. PDeB says he's tired of pulling his goalies from games (he's done it in three of the past four) but says he'll keep doing so "until we get 60 minutes from one of them.''

Vokoun says he's sick and tired of the short leash as well, not calling the coach out by name but adding ''this is the first time this has ever happened to me in my career.''

Truth of it is, Vokoun has not looked like anything close to an All-Star since he shut down his former mates last week. That win over Nashville was Florida's last -- the Panthers have gone 0-3-1 since Christmas. Forget about that franchise-record eight wins in December; this latest losing streak kept the Cats at seven.

But Vokoun is having trouble getting comfortable knowing the hook is waiting on the bench. Didn't talk to Craig Anderson today, but Vokoun says Andy "can't like this either.'' Vokoun says it's tough to know you have to play mistake-free hockey to stay in the game, saying his struggles now are ''mental.'' Truth is, goalies have to work their way through rough patches. Vokoun and Anderson aren't getting that chance.

This reminds me of the Alex Auld/Eddie Belfour situation from two years ago. Auld would play well, then have a bad outing and open the door for Belfour. After that, Auld felt Belfour looking over his shoulder and knew one bad game would bring the quick hook from JM. That's what happened, and Auld struggled for much of the year.

PDeB basically said after the game that the goalie position is open, and he's waiting for someone to take it and make it their own.

PDeB is a no-nonsense guy, and that's cool by me. But he didn't give his goalie any support today by speaking the truth. Why take out Vokoun? ''He gave up four goals on 21 shots,'' the coach said, alluding to an Islanders goal in the first that was overturned by the refs with Jon Sim getting a goalie interference call. PDeB basically said the Panthers got away with one there.

And they did. It was a bad call.

''It's hard mentally when you get scored on and get pulled. You start playing, not scared, but you have to do everything right. That's the worst thing that can happen to a goalie. Obviously there were goals that could have been stopped. It's a mental thing now.

''[Being pulled] has never happened to me in my career and I'm sure Andy doesn't like it either. I'm not blaming my mistakes on anyone but me, but when you get pulled in two of three games, it's going to shake your confidence. If you tell a player if he makes one mistake he's pulled, that's extremely tough.''

Should be an interesting few days. Word is, the Panthers were going to take New Year's Day off, but they have ice booked and will now likely practice in Pittsburgh.

And Anderson goes against the Pens on Saturday. 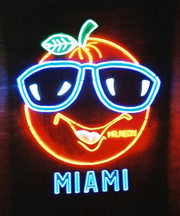 Have a great, safe and Happy New Year folks. Will see you on the PA side of life.

And like I've said before, please drive carefully tonight.

Oh, and enjoy the Winter Classic from Wrigley Field tomorrow. And the FedEx Orange Bowl. Who's in that one again? Cincinnati? Really?