SUNRISE, Quebec -- Our little town on the outskirts of Miami and on the fringes of the Everglades has been overtaken by visitors from the north as the Montreal Canadiens and their legions of blue-wihite-and-red (Le Bleu-Blanc-et-Rouge) clad fans have filled the Big Billboard to its rafters.

Traffic getting into the arena is a mess right now, and it wasn't a Sunday drive through the country when I came in around 6. Almost got into three accidents inside arena property, with two drivers apparently thinking we drive on the left side of the road here in Broward County.

Yo, folks, you ain't supposed to cross that yellow line.

Anyway, Jassen Cullimore is in tonight, making his return from a hand injury. Which means Noah Welch is out.

Plan to be checking in tonight, including the world-famous (and On Frozen Pond exclusive) Goldie Report during the intermissions. 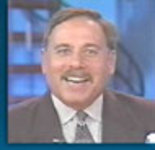 -- Frank Forte is up here in the press box. Frank, your take on tonight's game?

''But at least there's a great atmosphere here.''

Right on both points.

-- Great shot by Michael Frolik, although his goal should have been stopped I'm thinking. Have to guess Carey Price figured Frolik was going to pass off to Brett McLean. Only he didn't. 1-0 Floride.

-- And we're tied...Alex Kovalev scores with 19 seconds left on the Anthony Stewart/too many men on the ice penalty...

-- Packed house, about to go on the power play...how do they try and get everyone fired up? A car commercial, followed by a swim with the dolphins ad...typical...then, the worst kiss cam in the NHL...I see hot couples walking around this arena all the time. How come the camera folks here never find them?

Didn't mean you and the missus Van Murph...

-- You can tell there's a lot of Montreal fans here. David Booth just had the puck and the crowd booed him. Didn't think that was very nice...

-- And now, the Goldie Report with Steve Goldstein: 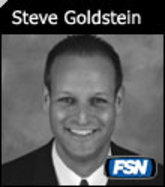 ''I thought there was a real nice recovery after a sluggish start. After the first four minutes, the Panthers clearly had the advantage and kept the puck in the Montreal zone. Michael Frolik, again tonight, proves he is the most skilled Panther. And, he's their best goal scorer. That fake -- and then the shot -- was a thing of beauty.

''But, the Panthers gave the goal back with a couple of lax penalties. Including a bench minor when Anthony Stewart jumped on the ice too quickly. Anderson was strong but couldn't stop them on a 5-on-3. Panthers have been impressive in the faceoff circle, going 17 for 28 without Kreps in there. That's huge. The key is to keep playing hard to keep all these Montreal fans quiet.''

-- Not only does Panthers power play look awful, they can't stop a short-handed Montreal team. Tomas Plekanec picks off the puck, rushes Anderson and scores top-shelf...Montreal up 2-1...

And now, Round 2 of the Goldie Report:

''Some mental breakdowns really cost the Panthers in the second. Poor coverage in their zone on the go-ahead goal and allowing a shorthanded goal while not scoring on a 5-on-3. Panthers need to play with more desperation in the third and not allow Montreal to come through the neutral zone with speed. That's happened way too much tonight.

''I also hope to see more of Michael Frolik in the third third period, perhaps with Stephen Weiss and David Booth. The team needs a goal in the third, and Frolik has a goal. Frolik and Booth together can put the most pressure on a goalie, so why not try it? What else can you say about Booth? He has 15 goals, by far leading the team. He always plays a hard game and is one guy you never have to worry about.

''Big props to Weiss and Gregory Campbell. They are cleaning up in the faceoff circle tonight. Doing a great job man.''

-- From FSN's Mitch Rubenstein: ''This crowd is so Montreal, I'm ready to hit the Peel Street Pub after the game.''

-- Anderson just gives up goal number 4 (after Nick Boynton gives up the puck) and Tomas Vokoun is now in...

Next time we chat, I'll be in New York -- the Windy City.