MONTREAL -- When Pittsburgh's Sidney Crosby was asked to explain why he jumped Florida's Brett McLean in the face-off circle during the second period of Saturday's game, he said he thought McLean was ready to fight.

And now we know why. According to McLean, Crosby never said anything about fighting during the first period, although McLean admits Crosby did say something before the face-off. McLean adds he didn't hear what Crosby was saying. 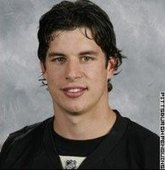 Here's what Crosby told reporters Saturday: "I asked him to go, and he said yes. And usually, yes means yes. I mean, I wouldn't have wasted 20 minutes in the box for that. I guess he didn't take me serious. I don't know, it wasn't worth 20 minutes, though, that's for sure."

After Sunday's game in Montreal, I asked McLean what really happened. After declining comment at first, McLean was a touch more forthcoming.

Did you discuss fighting him? ''We had not, at any point. It was as surprising to me as it was to you guys.''