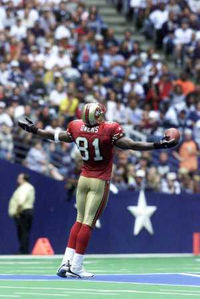 Yeah folks, it's cold out there. Herald ace photog Joe Rimkus Jr. is ticked off because he got switched from shooting hockey tonight and will instead be outside covering soccer.

''You know how cold it is out there,'' Rimkus asked. ''It'll be warmer in the arena than it will be outside.''

This coming from a guy who covers Dolphins games in Buffalo.

Anyway, not much news out of camp today. Pete DeBoer is keeping the lineup intact from the other night, so that means Noah Welch did enough to earn him a spot in the rotation for another night. And Tomas Vokoun is in.

-- Ville Peltonen practiced today but Pete's keeping him out. Says the extra rest the All-Star break will offer should be good for Peltonen's injured knee. Smart thinking.

-- Jacques Martin told me that Rostislav Olesz indeed has a sports hernia injury and will need surgery. Martin says he figures the recovery time at eight weeks, giving Olesz time to make it back for the end of the season.

JM didn't know when Olesz would have the surgery, and has to speak to his agent first. Obviously they want it done ASAP since it's already been six weeks since Olesz was originally hurt.

-- Sorry about the false promo on the shootout story; was supposed to run today, but that was before the Dolphins were sold and the Canes lost another assistant coach. So it's on a holding pattern for now. Here are some shootout stats as promised:

(*) This season, the Panthers have scored five goals on 23 shootout shots, a success rate of under 22 percent. Florida is the worst shooting team in league history in the shootout format, connecting on 31 of 133 shots (23.3 percent).

(*) Tomas Vokoun is 3-14 lifetime in shootouts with saves on 67 percent of shots faced.

-- Here's some more promo material: Got some great stuff from Michael Frolik today in advance of him heading to Montreal for the YoungStars Game. That stuff you'll have to wait until Saturday for, however. Sorry.

-- And a special belated birthday to our own Goldie, who turned 57 yesterday. You don't look a day over 39 Goldie!