The Florida Panthers got their second straight day off today, although they were obligated to participate in the annual golf tournament.

Don't know what happens to a player who doesn't show up, or what happens if say two players decide they don't want to be there anymore and leave after one hole to check out some different sights. As far as I know, everyone stuck around this time. And that's good. 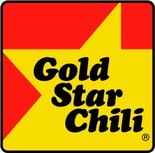 -- As you probably have already read, Gregory Campbell was honored as the NHL's Third Star of the Week. Probably could have given that to either Radek Dvorak or Ville Peltonen. All three were phenomenal last week. Congrats to Soup. I'll have more on the CPR Trio tomorrow.

-- Also, Cory Murphy was recalled from Rochester today, but he may not want to unpack. The Panthers put him on waivers, so if he clears -- like he did at the start of the season -- he may just be headed back. Murphy has a one-way deal so he'll get his NHL money even if he's in Rochester.

Way back when, he said he would go to Rochester if the Panthers wanted him to.

Murph had two goals and four assists in five games with the Amerks on his two-week conditioning stint that was just completed last night.

-- Amerks have won four of five, now have 13 wins. Still the fewest points in the Federal League.