« The Price Was Right ... The Road is Calling ... Sunday Scoreboard Watch with Standings | Main | Rats Redux ... Don't Call it a Comeback, They've Been Thrown for Years » 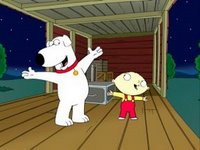 TERMINAL 3, FORT LAUDERDALE INTERNATIONAL AIRPORT IN DANIA BEACH, NEAR HOLLYWOOD AND DARN NEAR CLOSE TO DAVIE -- Don't have much news today since I'm on my way to 'New' England, the Panthers visiting the not-so-hot Bruins tomorrow night in B-town.

What is up with the Bruins? They looked pretty good Saturday in Sunrise but didn't look all that sharp yesterday in Tampa Bay. Have to think the Bruins will come out flying tomorrow. Flying.

News out of practice is this: Tomas Vokoun didn't skate because of some sort of flu bug. Pete DeBoer says things will be evaluated tomorrow at the skate. Also, no word on lineup change. Pete says they are going to talk about whether Brett McLean is back on the fourth line on the plane ride to Quohog.

-- Yesterday's Scores (and how they affected the Panthers): Florida got a lot of help from Alex Ovechkin and Co. Caps beat up on Pitt, keep the Pens back a few points.

Toronto almost pulled off a regulation win in the Garden, but the Rangers tie it up late only to lose in OT. New York? Not a good team right now. That game was hard to watch for two periods. The third was entertaining though. Carolina got a nice win against Colorado and move two points closer.

The big thing in the race right now is the injured ankle of Buffalo goalie Ryan Miller. If he's out for an extended period of time, the Buffs are in deep. Do you think the Rangers hurt him intentionally?

Sharks @ Stars, 8 (Versus): This is the only game on the docket and affects the Panthers in no way whatsoever. Enjoy Boston boys.

-- The Standings (presented by US Airways, The Fours in Boston and TSN.ca/nhl)