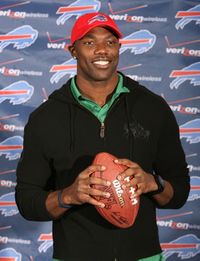 PITTSBURGH -- Good morning South Florida. Yes, this is an early post, but since technically it's Wednesday, this works for me.

Have to travel to Buffalo in the morning (the team is probably touching down about now) and will be gone most of the day. So, figured, as long as I couldn't sleep, might as well put up a post.

-- The Penguins are a pretty good team right now, a team I don't think anyone would want to play in the opening round.

-- The media meal at Mellon Arena is awful (actually I already knew that) and downright expensive.

he union. Seriously, most of the people in that state drive sloooow. There cannot be that much business to justify all of those cruisers.

That said, I will be staying out of the Buckeye State tomorrow.

-- Steeler fans absolutely despise their new mascot, something by the name of Steely McBeam. Think it's supposed to be an auto worker or something, which is strange, because when I think of auto workers, I automatically think Oakland.

Anyway, the Steeler fans I know and love quietly, respectfully and politely requested that not only should I delete the previous picture of Steely, but I should never bring him up in one of my posts again.

And I have agreed to do just that. You will never see that awful mascot on these pages, not as long as I have a say in it. You are welcome Pittsburgh. 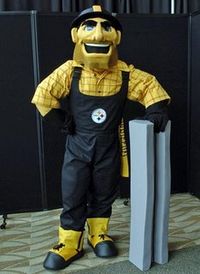 -- Back to hockey. PS: Tomas Vokoun is money.

Hard to feel good about blowing a 3-1 lead in the third period and end up losing in a shootout, but you know what? The Panthers have to feel OK about tonight.

Honestly, if you were in that building the minute Jordan Staal scored to cut Florida's lead to one goal early in the third, there is no way you would have thought the Panthers won that game. I wouldn't have even thought they'd survive to get the point. That team and that arena was just rolling. 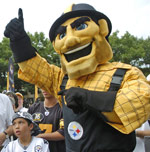 But Vokoun and the Panthers held on. Yes, they lost. Yes, they still stink when it comes to shootouts. But they got a point and live to fight another day.

''This was a tough building, a tough environment,'' said coach Pete DeBoer, whose team was 24-1-1 coming into the night when leading going into the third. ''It's a big point for us at this time of the year. We had the opportunity to get two and you want to get greedy at this time of the year. I think with how the game went and how good our goalie was, we'll take one point and start concentrating on Buffalo.''

More from DeBo: ''It's just about picking up points and staying with the pack at this time of year,'' DeBoer said. ''It's going to come right down to the end. It would have been nice to get two, but I don't think we deserved two. We played a good road game. Our goalie got us a point. That's good.''

-- Forty-seven saves for Vokoun tonight. A good chunk of them coming in the third (I left my scoresheet in the Igloo media room because it had stuck to the table that no one bothered to clean after a very greasy dinner).

Tomorrow is Florida's first practice in Buffalo since the Feb. 10, 2008 accident with Olli Jokinen and Thursday will mark the Panthers first return to the Buffalo Auditorium II since then.

-- So, unless something crazy happens, I'll be back when I'm in Buffalo. They have Tim Hortons there you know. Not trying to make folks jealous or anything, but I'll be going to Tim Hortons.

Also, Buffalo is best known for inventing the Grilled Chicken Caesar Salad. You can look that one up if you don't believe me.

-- Oh, and with Goldie, Denis and the rest of the disgruntled FSN staff on a very early flight headed to South Florida later this morning (it is after midnight), I will be going LIVE! from atop Marine Midland Bank Arena in beautiful (argh!) downtown Buffalo come Thursday night.

But they'll be more before then. You just know there will be. 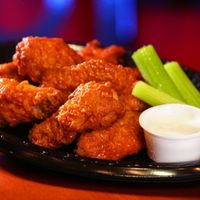 -- Tuesday's Scores (and how they affected the Panthers): Well, Pitt moves out of the tie and takes over sixth place with the win over the Floridians. Florida and Carolina are tied for seventh, one point back of the Pitts. Montreal storms back and beats Edmonton in overtime, so the Habs are good in fifth. Buffalo is still out of the mix, the Sabres losing a big one to the Flyers. They'll be coming out hard as nails on Thursday bet your sweet wingie.

Hurricanes at Blackhawks, 8:30: Um, how about Chicago? Yeah, I would think the Panthers would be rooting for the Chicagos in this one. 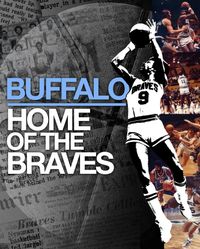 -- The Standings (presented by the NBA's Buffalo Braves, Jim's SteakOut, Steely McBeam and offered ever so gratiously by TSN.ca/nhl)