For Panthers, It's Not Sunny In Philadelphia ... Buffalo Breakfast ... Scoreboard Watch, Standings 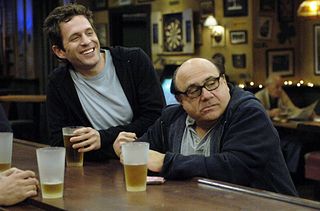 BUFFALO -- Greetings from the world famous Anchor Bar (airport edition) where Steve X and myself just chowed down on something they call a ''chicken wing omelet.''

It's eggs, cheese and strips of chicken wings all cooked together with just a touch of blue cheese dressing on the side.

Actually, I made that up. They don't offer a chicken wing omelet. I wish they did. I would have ordered it. Not so sure about Steve X. He kind of cringed when I brought up the concept.

-- Speaking of cringing, how 'bout your Florida Panthers?!?

These are bad times for the Sunrise Six, the Panthers fading down the stretch. Two wins in 10 games. Sure, they got a point here or there. But two wins in 10 games. Yes, the team is playing hard. Sure, they're giving it their all. But you have to win games. The Panthers aren't doing it. Three goals last night in the third period in less than three minutes. The Bills got some nice bounces, yep, but so did the Panthers. Brett McLean's deflection? The Michael Frolik ''goal?''

Florida got three goals against Mikael Tellqvist. To paraphrase something Joe Nieuwendyk used to say to me when he scored an easy goal: ''George, you could have scored three goals'' against Tellqvist. 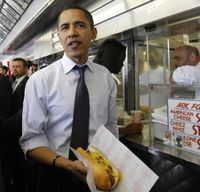 Nieuwendyk was in the press box with Steve and myself last night, and when the Sabres cut it to 3-2, you knew something bad was in the offing.

This team is playing with no confidence, and had one great scoring chance after another against Tellqvist. And they couldn't connect. Say what you want, but this has been going on all year. The Panthers can't finish. And now they can't close either.

I was looking forward to finally covering some playoff hockey, getting some bonus Marriott points and some air miles.

These guys are fried. They can still turn things around, still get up into eighth place and make the playoffs. But not playing like this. As Dennis Green once said, ''they are who we thought they were.'' It's November all over again. And that's not good. 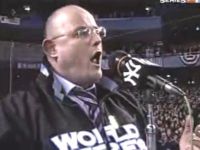 -- Famed Irish tenor Ronan Tynan did another terrific (if a bit long) rendition of God Bless America before last night's game. And now he's on my plane.

Maybe I can get him to sing 'Danny Boy' for me.

-- Wednesday's Games (and how they affected the Panthers): Florida losing in Buffalo means the Bison are now three points back of the Cats and four back of Montreal. Big loss. Bad loss.

Rangers @ Thrashers, 7: Florida has to hope the Thrashers have something left in the tank, at least on this night. This is the last game the Rangers play in which you can pencil in a W during pregame warnups. A loss for NY could be really bad with their brutal upcoming schedule.

Lightning @ Canadiens, 7:30: Montreal gets another easy one. If Panthers lose (if?) and Habs win (which my money says they do) the deficit becomes four points. 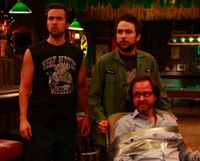 - The Standings (presented by Paddy's Pub, Genos King of Steaks and courtesy of tsn.ca/nhl)