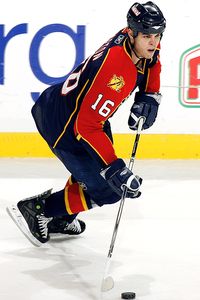 Florida center Nathan Horton will be out an undisclosed amount of time after having surgery to repair the ring finger on his left hand, The Miami Herald's David J. Neal is reporting.

Horton told Neal today at Incredible Ice that his hand was stepped on right before David Booth scored his third goal against the Blues on Saturday. Horton had surgery following the game and has his hand in a splint. He says the trainers have not given him a timetable for a return.

Horton, 23, scored his 19th goal of the season on Saturday. Horton is third on the team in scoring with 38 points. He missed nine games earlier this season after taking a skate to his foot, the deep laceration costing him a few weeks on the IR.

''There's nothing you can do,'' Horton said Monday morning. ''It's a freak thing, just like my foot injury earlier in the year.''

-- Bryan McCabe is not skating today, assuming it's because of his broken nose suffered Saturday. Again: Dude was a mess.

-- I'm taking Monday off and visiting family in Ohio. If David J. has any more news from Coral Springs he will relay it and you can read about it right here.

-- Sunday's Scores (and how they affected the Panthers): Florida got no help yesterday during Scoreboard Watch. None. Pittsburgh won a game in which the Capitals picked up a point, the Rangers won late in the third against Boston, and Montreal bumrushed the Stars -- who have now lost six straight at home for the first time since they were called the Minnesota North Wild.

Rangers @ Hurricanes, 7 Versus: Good matchup, eh? This is a game the Panthers may be paying attention to, but truthfully, why bother. The Panthers lose in this one regardless of who wins. Florida is just rooting for someone to win in regulation. No three point game here please. 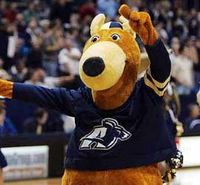 The Standings (presented by the Buffalo Wild Wings @ the University of Akron and courtesy of NHL.com)