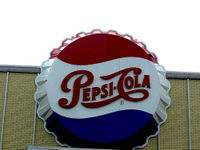 ATLANTA -- Greetings from Peachtree Street where the Panthers have gathered in preparation for their big game Tuesday against the Thrashers.

It's good to be here in Atlanta, where there is little left of the four inches of snow that fell here this weekend. Good thing.

It's official: I'm sick of snow. I hope I'm done with it this season.

Tomas Vokoun practiced here today and like myself and Steve X., came to Georgia in a most inconvenient way. He drove. Of course, I didn't have an inner ear infection like he did, just a few canceled flights with no guarantee of making it to the 'ATL' in time for tomorrow's game. So I hoofed it in an XM-equipped Pontiac.

Don't know what Tomas and Dave Zenobi drove, but they struggled with the weather too. Will talk to them about it more tomorrow.

I have no good stories from the road to tell. Save for spinning out on an off ramp in Virginia. And buying a harmonica. Then playing the harmonica while Public Enemy played on the radio. And anything else I heard before Steve tried throwing it out the window. Of course, the window was frozen shut so...

Still got my harmonica.

-- Tomas Vokoun, like I said before, did practice today. He could go tomorrow if he feels OK. The reason he drove was because he still has fluid in his ear drum and they didn't want him to be subjected to the pressurization of the cabin.

Plus, he said he had never been to South Carolina before and wanted to see what the big deal was.

-- David Booth is out tomorrow with a sore set of ribs courtesy of Mike Green yesterday.

-- Cory Stillman practiced today and is probable for tomorrow. He told me yesterday his bruised foot was feeling much, much better, thanks. Someone from Rochester could be coming up (Shawn Matthias?) just in case. But I haven't heard anything on that front yet.

Roch plays tonight so someone could be getting their bags packed and a free trip to the Lone Star State (Georgia, for those of you bad with geography) for Tuesday's game.

-- Niclas Havelid won't be in an Atlanta uni tomorrow; he was traded today to the Devils.

-- The Panthers have put in a bid on Sean Avery since he was put on re-entry waivers by the Stars.

-- Nothing new on the Jay Bouwmeester situation. He's still in Atlanta.

-- Also nothing new on Nick Boynton. Pete DeBoer said today that they would discuss the situation when they got back to South Florida.

-- Yesterday's scores (and how they affected the Panthers): Well, Florida thumping Washington 6-2 helped a whole bunch. Said Caps owner Ted Leonosis on XM today: ''Florida did what good teams do. They were focused, played desperate hockey. They were the better team yesterday.'' Martin Brodeur shutting out the Flyers kept Philly two points closer, but Pittsburgh (with three dates remaining against the Panthers) are now in the East's Elite Eight (EEE).

Avs @ Palm Isles, 7 (Versus): Big ratings grab by Versus putting these two powerhouse teams on. Of course, not really Versus fault since this is the only game on tonight's schedule. But didn't everyone know both these teams were going to stink this season? Seriously?

Panther fans might want to pay attention to Denver's Ian Laperriere tonight. His name has been bandied about as one JM is interested in. Don't know where the Florida GM is tonight, but he's either on Long Island or will be watching this game. Might be a couple Islanders who might pique Jacques' interest as well. So for that, it might be worth watching. Or not.

-- Today's Standings (brought to you by the Virginia, North Carolina, South Carolina and Georgia Department of Transportation; courtesy of TSN.ca/nhl)