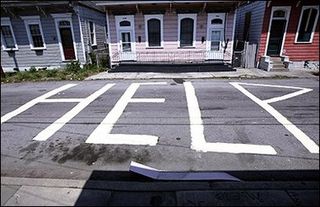 THE ATL -- The Panthers are definitely going to be keeping one eye on the out of town scoreboard tonight as their playoff fate does not rest in their own hands but in others.

First, Florida needs the New York Rangers to lose to the Flyers. The Panthers also need Montreal to lose to Boston.

Oh, and it would be nice if the Panthers would beat Atlanta. A loss tonight, and we're at the arena on Monday for locker clean out day.

-- The Panthers are going to go with Tomas Vokoun, with coach Pete DeBoer getting a little testy when we asked 'why Vokoun?' He didn't give us a 'why not?' but actually answered his own question. He said he didn't know why it was so controversial for him to be making a choice, adding that Craig Anderson's numbers have been better than Vokoun's of late.

But Vokoun is your starter, your 'money' guy. Good decision to go with him in this most crucial of games.

-- DeBo on how the Panthers get into the playoffs: ''I believe somebody is going to drop the ball on the other end."

-- DeBo also says this will not be a successful season unless the Panthers make the playoffs. He says he's never missed the postseason, and that's the only way to have a good season is to be in them. Even if the Panthers win the final two and just miss? ''I won't be slapping anyone on the back if we miss,'' he said, ''especially not my own.''

Flyers @ Rangers, 7: The Panthers really like the Flyers today. A lot.

Canadiens @ Bruins, 7: The Panthers really like the Bruins today. A bunch.

Sabres @ Hurricanes, 7: Buffalo is still in it. In it to win it. Go Canes.

-- The Standings (presented by 1-800-NEED-HELP and courtesy of TSN.ca)