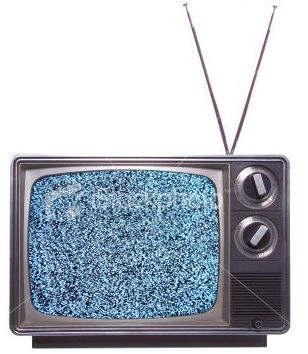 PHILADELPHIA -- Good afternoon kiddos, and greetings from the City of Brotherly Shove.

Folks up here are a bit upset with the Phillies after they opened their season with a loss to the Braves on Sunday.

The nerve of those defending world champions!

Big night at the Sportsplex tonight, what with the Panthers playing the Flyers and Game 2 of the 2009 baseball season going on next door at the Bank Ballpark.

Parking should be fun tonight.

Flyers are one point away from clinching a playoff spot and they are trying to move up in the world. Should be a good effort by the Broad Street Bullies tonight.

-- The game is being broadcast locally up here, so enjoy the Flyers feed back home. Fox Sports and Sunshine made the decision not to carry tonight's game in the Sunshine State because, well, the Panthers aren't all that important to them. After all, they're the ones who decided to only do 65 of the 82 games this year.

A lot going on, sure, but they made this decision a while ago. It was a gamble; after all, the Panthers have been out of contention by this point most years so I can see why they rolled the dice.

Full schedule on the Fox/Sun dial tonight with the Marlins, Heat and Lightning all taking up the space.

-- Better yet, the Panthers even got bounced from their radio home. If you tune in to 790 The Ticket tonight expecting to hear Randy Moller's goal calls, good luck. Maybe Marlins announcer Dave Van Horne will get into the act instead. Hanley Ramirez swings and hits a long drive to left..It's up, up and away! Make me a motorcycle, clown! It's a Marlins home run!

With the Marlins on 790 tonight, the Panthers move down the dial and take up residence on 640-AM.

-- The Panthers are having a watch party tonight at the two Carolina Ale House locations (Weston and Boynton Beach). The Flyers TV guys promise to send a shout out to all of you watching their feed.

If you go to Weston, ask for J.P. Good guy. He'll take care of ya as you watch the game.

-- Also, Quarterdeck at Sawgrass is expecting a good crowd for the game tonight. That's always a good option.

-- If you are stuck at home or like bringing your laptop to bars, tune back here tonight for another LIVE! edition of On Frozen Pond. We'll be eating popcorn, twittering, a whole bunch of stuff. Come on back now, ya hear?

-- Speaking of scheduling conflicts, this one is a doozie: If the Panthers go deep into the playoffs, they may run into a scheduling snag as the arena will be hosting Cirque du Soleil from May 27-June 7.

If the Panthers make it to the Stanley Cup Finals, maybe they can play in Miami. Or they could set up the Orlando Arena for hockey. Hey, Tampa's rink will be open, maybe the Panthers could take up residence there?

-- Nothing much out of practice today. No changes to the lineup, no real, well, anything. Philly coach John Stevens says he expects his team to come out with focus and determination tonight saying they have to play like a desperate team too. They are counting on Florida coming out fast and hard. We'll see. Sometimes they do, many times they don't.

-- Monday's Games (and how they affected the Panthers): Buffalo loses to the Red Wings. The Sabrays still have a chance, but it's pretty slim (like me!). Also, Montreal got stung by Ottawa 3-2. Might make the Habs mad going into tonight's game. Which is pretty big too.

Canadiens @ Rangers, 7: Yeah, this is a big one. Rangers and Panthers are tied, so, thinking the Panthers are rooting on the Habs.

-- The Standings (presented by Sliders, just 771 feet from home plate at Camden Yards; courtesy of TSN.ca)