Who will be Florida's next GM? Now with On Frozen Poll 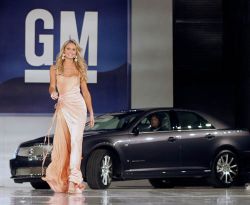 Bill Torrey is in charge of the Florida general manager search, one that will probably last well past the upcoming draft in Toronto.

Who would you like to see running things from atop One Panther Parkway with that somewhat boring view of the Everglades? And does Jacques leave the cool golf bag that sits in his office to his replacement?

Good thing JM never got around to hanging up all his pictures. I always knew he wasn't in this job for the long haul, mostly because of that. Would have taken an hour. Yet they all sat stacked up on the floor or on filing cabinets, waiting to be packed up to his next coaching address.

And when I said this morning that I didn't believe the Montreal story, I just didn't believe that the Canadiens had offered him the job. If they had, we would have heard about this nonstop from the Montreal media. I never had any doubt that if JM was offered a coaching job -- anywhere, much less storied Montreal -- that he would jump at it. The guy's a coach. Plain and simple.

I know a lot of people are celebrating the fact that JM is leaving, but I'm not so sure that's wise. JM was a pretty good GM, and helped get the Panthers organization back on somewhat solid footing. JM took a gamble by not trading Jay at the deadline, a gamble he won. By leaving, he doesn't have to worry about the consequences of not getting anything for the team's top asset! That's pretty slick.

Anyway, back to the task at hand.

Who do you like for the new Florida GM? Leave comments below. Here are some names I'm throwing out there -- and remember, this is complete speculation on my part.

-- Pierre McGuire: Television analyst was a finalist for Minnesota job

And just for fun:

-- Mike Keenan: He's been there, he's done that

Of course, I only have 10 spots, so since Keenan's been here a few times I'll leave him off the poll. He gets the benefit of the doubt since he probably still has a set of keys to the place.

Go ahead and vote as much as you want. If you don't like any of these choices, leave yours below.